After an absence of hundreds of years, a herd of 20 kulan and eight fallow deer have been translocated to the Tarutino Steppe in Ukraine, as part of the ELP-funded Danube Delta project – led by Rewilding Europe and Rewilding Danube Delta. The eventual release of the kulan into the wild will enhance biodiversity, reduce wildfire risk and boost nature-based tourism in the project area.

As part of the extended Danube Delta rewilding area, the 8000-hectare Tarutino Steppe is one of the very few remaining areas of steppe in Europe. Characterised by its expansive grassy plains (like all steppe areas), it is home to many endangered species. Without human intervention, it would ordinarily be grazed by herds of wild herbivores, such as kulan, saiga antelope and deer, although these species have all disappeared, mainly due to hunting.

A subspecies of Asiatic wild ass, the kulan (Equus hemionus kulan) once ranged across eastern Europe, the Middle East and Central Asia – from the Mediterranean to the east of Mongolia. Over the last two centuries, the impact of overhunting and habitat loss has seen their range shrink by over 95 per cent. Kulan is now on the IUCN Red List. Although the animal is doing relatively well in Mongolia, it only persists in small isolated populations in Turkmenistan, Kazakhstan and Uzbekistan. 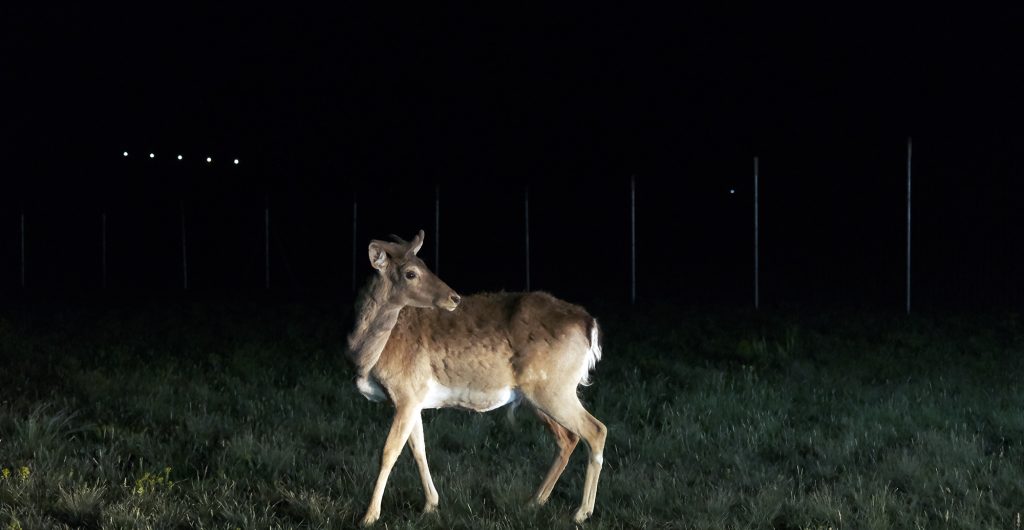 A herd of eight fallow deer were also translocated with the kulan. Together the animals will boost natural grazing on the steppe. Photo credit: Andrey Nekrasov.

Following a feasibility study conducted earlier this year, the kulan release is the first step of a long-term reintroduction programme, which aims to establish a viable, free-roaming herd of 250 to 300 individuals by 2035 in the Danube Delta region. As part of a wilder vision for the steppe, the animals will fill an important ecological niche, enhancing local wild nature, reducing wildfire risk and boosting the local economy through tourism.

“This programme is really exciting because the kulan, which was once widely distributed across parts of Europe, can perform a vital natural grazing role in dry and cold environments,” says Deli Saavedra, Rewilding Europe’s Rewilding Area Coordinator.

Enabled by funding from the ELP, the kulan involved in the Tarutino Steppe reintroduction have been sourced from the Askania-Nova Biosphere Reserve in southern Ukraine, where a small herd was brought from Turkmenistan in 1950 (and then bred). After a quarantine period of 30 days and subsequent road journey of 550 kilometres, the animals have just been released into a 31-hectare enclosed area of steppe territory to allow them to acclimatise.

The kulan will be able to support themselves in the fenced enclosure, which contains a small body of water and an area of forest. Some of the animals will be tagged with GPS collars before they are released into the wild, allowing the Rewilding Ukraine team to keep track of their location and further monitor and analyse their behaviour. Although kulan are no longer of hunting interest (hunting is prohibited on the Tarutino Steppe), the GPS collars also allow rangers to mitigate any potential hunting or poaching threats. 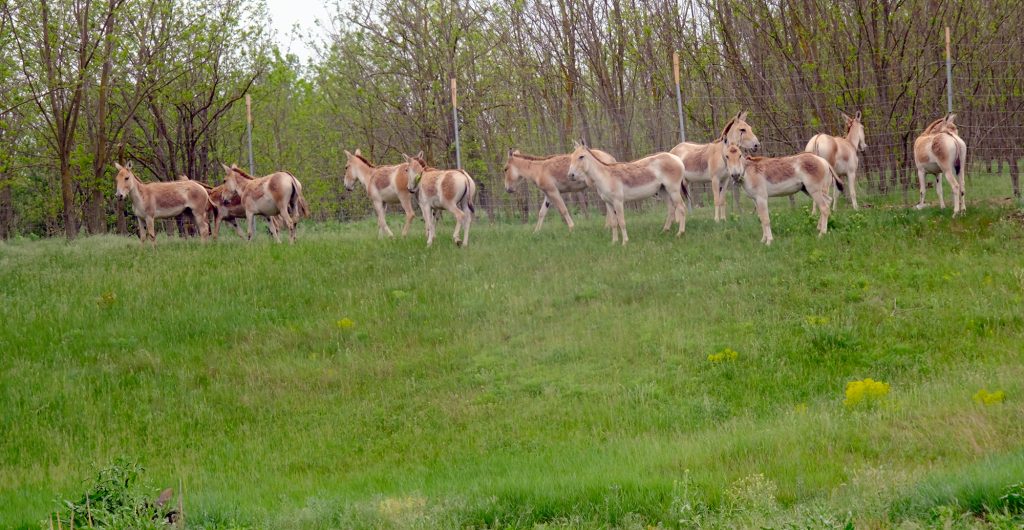 The aim of the long-term reintroduction programme is to establish a viable, free-roaming herd of 250-300 animals. Photo credit: Andrey Nekrasov.

Once released onto the Tarutino Steppe, the free-roaming kulan may encounter wolves, golden jackal and stray dogs, although wolves are thought to prey primarily on very young, old or sick kulan. In the event that the newly released animals suffer from heavy predation, guard dogs may be deployed as a temporary measure until they are better able to defend themselves. Incredibly hardy, kulan are well-adapted to their environment. As one of the fastest mammals on the planet, they can reach speeds of up to 70 kilometres per hour. Kulan are also social creatures, forming well-structured herds – this helps the animals defend themselves against predators.

As the number of kulan on the Tarutino Steppe increases, so their impact on local biodiversity and food chains will grow. Their grazing will keep grass length short, benefitting animals such as souslik and steppe marmot and mitigating wildfire risk by reducing excess vegetation. Although the animals are expected to thrive in their new home, they will form an additional prey base for predators such as wolves and golden jackal, while kulan carcasses will sustain scavengers such as vultures and foxes.

Local communities should also benefit from the reintroduction of kulan and fallow deer. For example, Rewilding Ukraine is working with local communities and a local business partner to develop nature-based tourism opportunities.

Watch an update from the project on the kulan’s release below:

You can read more about this project on the Danube Delta page.

A version of this article first appeared on the Rewilding Europe’s website.