A video update from the Danube Delta: A year without dams

One year ago, in November 2019, restoration efforts in the Ukrainian part of the Danube Delta were given a significant boost. Under the ELP-funded Danube Delta project, ten obsolete dams were removed from three rivers within the Danube Biosphere Reserve; the Koglinik, Sarata and Kagach Rivers. The dams were originally constructed in the Soviet era, when major rivers were also canalised and disrupted, and floodplains were drained for agriculture. Before the project’s intervention, these rivers were degraded and grazing livestock was no longer possible as the ground had become dry and salinised. But with the dams now removed, the first signs of recovery are taking place. 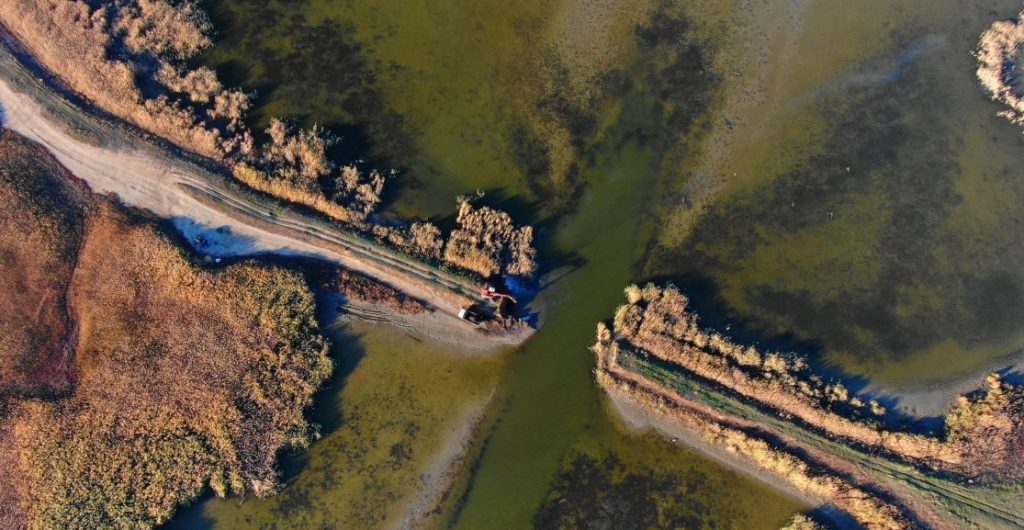 An aerial view of one of the obsolete dams removed in the Ukrainian part of the Danube Delta. Photo credit: Maxim Yakovlev.

Today, rivers in Europe have – on average – one dam for every kilometre of river. This is despite their generally detrimental environmental impact; dams often disrupt the migratory pathways of fish, block sediment transport and fragment habitats – compounding challenges for species which are already facing habitat loss and adapting to climate change.

In an effort to restore connectivity to the area, the project decided to remove some quite literal barriers by co-financing dam removal – using ELP funding combined with a successful crowdfunding campaign.

Following the dam removal, some results were immediate; the project team found that floodplains quickly became rewetted, benefitting a plethora of wildlife that depends on these ecosystems – including fish, birds and mammals. With time, floodplain meadows were restored, enabling farmers to use the land again for grazing. This is despite 2020 being an unusually dry year for Ukraine.

As the river’s deltas continue to recover, the hope is that in the longer-term the area will be protected from flooding, be able to better support wildlife, as well as attract tourists to the area – thus creating new economic opportunities for the people who live here.

Misha Nesterenko, Executive Director of Rewilding Ukraine, expressed his thanks to those who supported the initiative: “I’d like to thank all the people who supported this interesting project, and we hope there will be more and more projects like this across Europe.”

You can watch the full video update from Misha below: