A recent excavation by archaeologists in the Côa Valley Archaeological Park has unearthed a huge, 3.5 metre auroch (an extinct species of wild cattle) – carved into the rock face of the valley’s open-air, UNESCO World Heritage Listed Prehistoric Rock Art Site. What has also been reiterated in this discovery is the long-standing dynamic and coexistence between humans and nature over tens and thousands of years. This can be an easy fact to overlook, especially when much of the so-called ‘rewilding’ taking place as part of the Greater Côa Valley project is focused on improving human-wildlife coexistence in the present.

The newly discovered auroch carving is one of the largest rock art figures found anywhere in the world. Archaeologists believe it may date back more than 23,000 years, likely from the late Ice Age or late Paleolithic-Old Stone Age – though further analysis of the site has been postponed due to the Covid-19 pandemic. The unearthing of the carving  highlights the tremendously rich culture of the Côa Valley, which complements the area’s wild nature and greatly enhances the valley’s attraction for tourists. 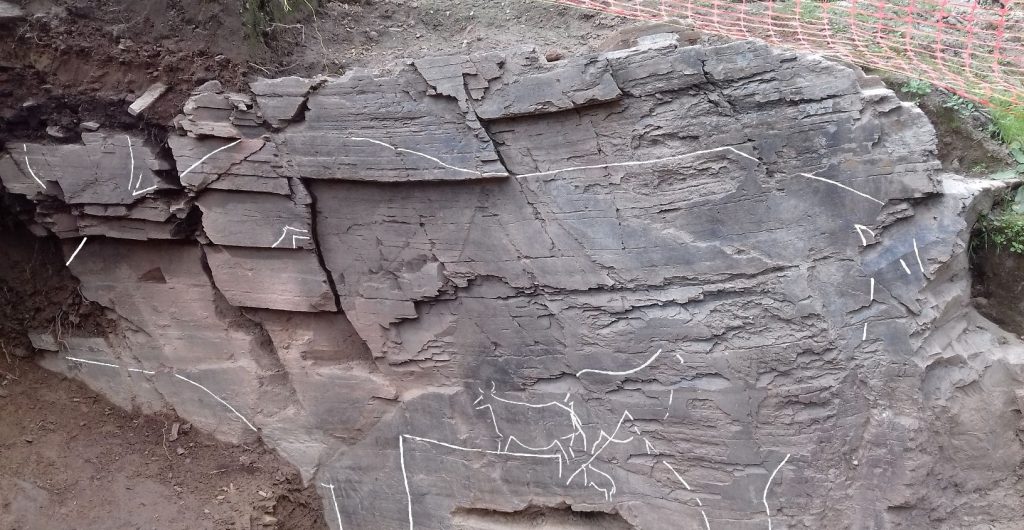 Enclosed within the auroch depicted on the rock face, the team of archeologists identified many other carved animals – including a female deer, an ibex and a female auroch followed by a calf – indicating just how important wild animals were to our European ancestors. Photo credit: Fundação Côa Parque.

“This new discovery is particularly important for several reasons,” says Thierry Aubry, technical and scientific manager of the Côa Valley Archaeological Park and Côa Museum. “Not only will it allow us to date the oldest Côa Valley rock art more accurately, but it also enhances our knowledge of symbolic expression in Palaeolithic societies, in which open-air imagery clearly played a vital role.”

The Côa Valley contains thousands of open-air rock engravings of animals and human figures. Dating back to around 22,000 BC, this is the oldest collection of Stone Age art yet found in Portugal. Almost all Côa engravings were created outside, which is extremely rare for the European Stone Age. In addition, the valley also contains carvings dating from the more recent Neolithic (10,000 – 4,500 BCE) and Iron Age (1,200 to 600 BCE) periods, with some religious engraving continuing until only a few decades ago. 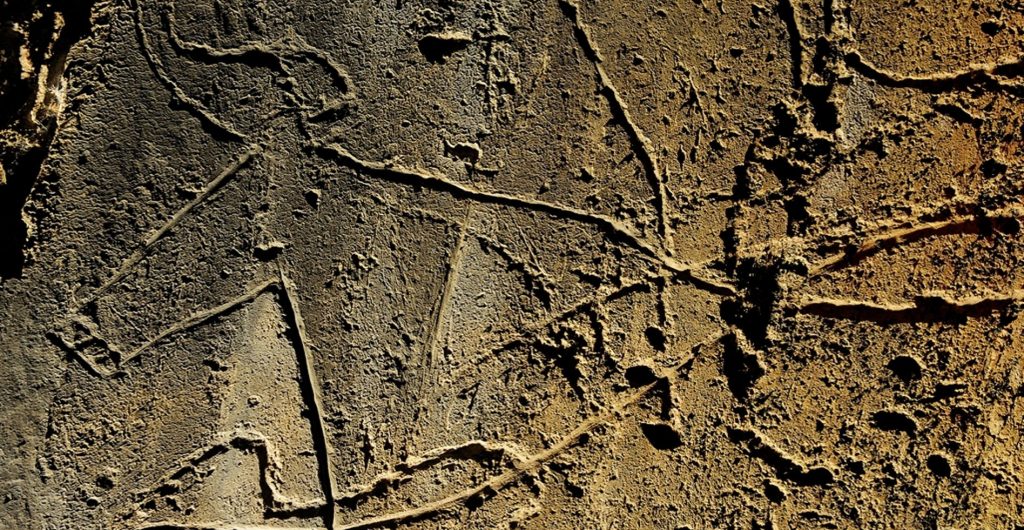 Rock engravings of aurochs in the Côa Valley archaeological reserve. Human art expressions in the area are thought to have started with engravings in the Paleolitic. Photo by Staffan Widstrand / Rewilding Europe.

The Côa Valley’s unique engravings depict Europeans ancestors living alongside mighty aurochs and an array of other animals for thousands of years, repeatedly recording their existence in stone. While the Greater Côa Valley remains a natural corridor for wildlife today, its functionality has been diminished by habitat loss and degradation, wildlife persecution, and a lack of understanding of the many benefits wild nature provides.

With funding from the Endangered Landscapes Programme, scaled up restoration efforts are underway to reverse this decline. This project has the ambitious aim to develop a 120,000-hectare wildlife corridor in the Greater Côa Valley, connecting the Malcata mountain range in the south with the larger Douro Valley in the north.

The project will also promote the area’s cultural heritage, which has just been considerably enhanced by the new archaeological finding. These include preparations for a new, local festival which is focused on culture and nature.

“The discovery of such an inspirational piece of nature-based art right here in the Côa Valley accentuates the historical and cultural context of our rewilding work,” says Rewilding Portugal team leader Pedro Prata. “Despite being extinct, the great aurochs that once inhabited this area still captivate people today, as they clearly captivated the person who inscribed this amazing carving.”