The Tarutino Steppe Festival took place at the end of September in the Ukrainian Danube Delta. Showcasing local nature, culture and rewilding efforts, the event will help local communities by enhancing the area’s tourism value.

Key to the work the ELP funds is the recognition that local communities will always be critical to the success of nature restoration efforts. By acting in ways sensetive to the cultural context, landscape restoration aims to embrace the role of people and their cultural and economic connections with the land, with the comeback of wildlife and revitalisation of natural processes providing an array of new opportunities to enrich lives and livelihoods.

The rewilding of the Tarutino Steppe – a unique area of rolling grassland located on the edge of the Danube Delta in southwest Ukraine – exemplifies this. With the Rewilding Ukraine team working hard to develop and promote local tourism, the Tarutino Steppe Festival was held on the 25th of September, with more than 1000 people gathering in the village of Frumushika Nova to celebrate nature, rewilding and the local culture of the area. The event was organised together with the Borodino Territorial Community and Frumushika-Nova Centre for Ethnographic, Rural Tourism and Family Recreation.

“Across Europe, the rewilding of natural areas such as the Tarutino Steppe is showing how people can benefit from nature recovery,” says Mykhailo Nesterenko, Executive Director of Rewilding Ukraine, and ELP Danube Delta project leader. “This festival, which attracted visitors from across Ukraine and further afield, not only showcased our ongoing rewilding efforts, but enhanced the value of nature to local communities.” 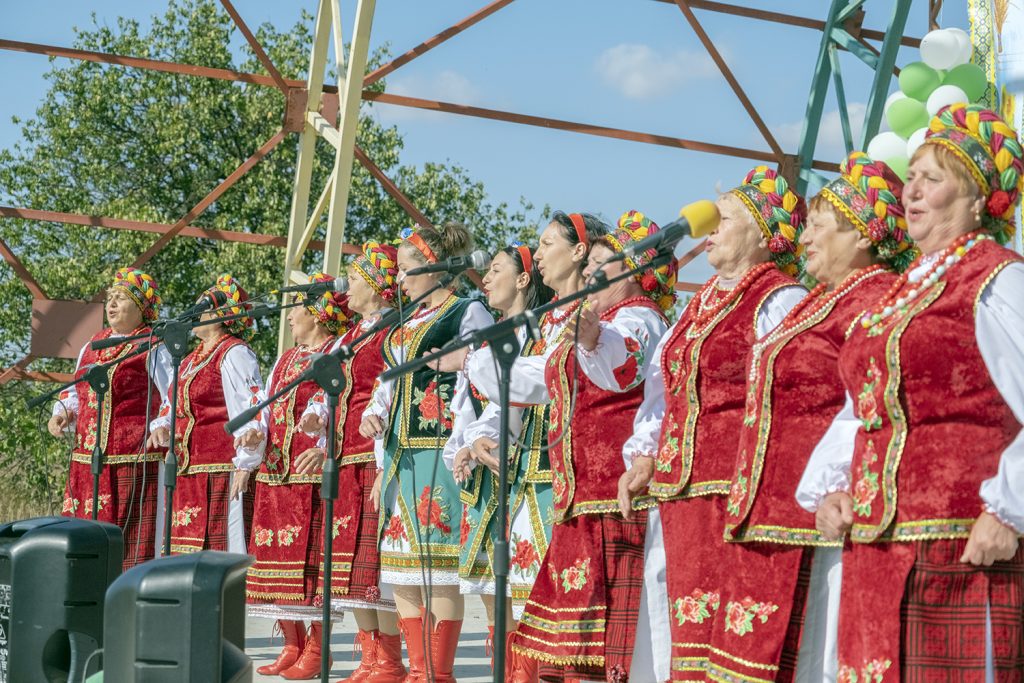 The festival began with an uplifting concert of regional songs. Photo: Andrey Nekrasov

The festival was hosted by the Frumushika-Nova Centre, a culture-focused tourism complex comprising various museums and other attractions. Festival goers first enjoyed a concert of Bulgarian, Moldavian, Ukrainian and other regional songs and dances. The audience sang together with the band, led traditional round dances, and enjoyed the energetic performances of the multinational Borodino community. They then proceeded to the centre’s open-air museum, where various groups of people in colourful ethnic clothing introduced their national culture and offered a selection of traditional dishes and drinks. Entertainers kept children happy with bubbles, face paint and fun competitions.

Visitors also enjoyed a spectacular photo exhibition entitled “United 4 Danube”. This transported viewers along the River Danube, introducing them to a range of habitats and the various wildlife species that the local rewilding team and partners are working to return to the region. These include water buffalo, wild horses, red deer, eagle owls, kulan (Asiatic wild ass), European fallow deer and marmot, some of which festival visitors had the chance to see on excursions to the steppe. Going forwards the exhibition will visit other locations in the Ukrainian Danube region, as well as in Romania and Moldova.

The festival ended on a high note with a concert by popular Moldovan band Lume, who inspired the audience to sing and dance along to a selection of favourite songs. 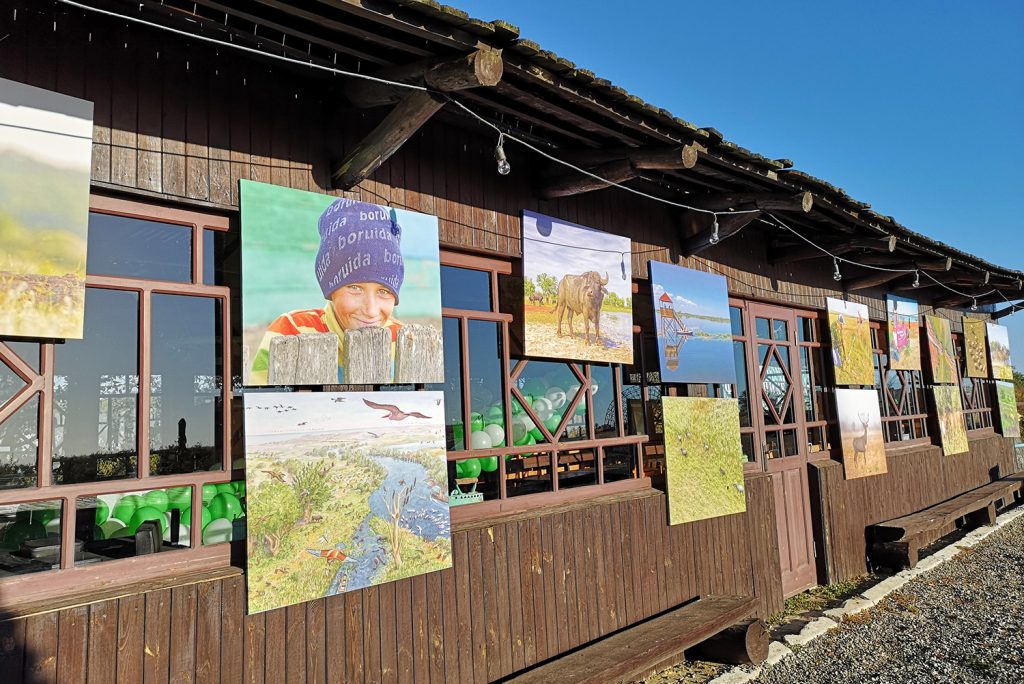 Some of the photographs from the exhibition held at the festival. Photo: Kateryna Kurakina

The Tarutino Steppe Festival is one of a succession of festivals planned as part of scaled up rewilding efforts in the Danube Delta, with each event helping to showcase the wild beauty of the region and connect people with nature. With the first festival held in Moldova on the shores of Lake Beleu in 2019, follow-up events are scheduled over the next two years in Ukraine and Romania. These will complement a number of other measures to develop and promote nature-based tourism in the region.

“The steppe is a unique place and we warmly invite everyone to come here and witness rewilding and nature first-hand,” says Mykhailo Nesterenko. “In addition to enjoying the landscape and its burgeoning array of wildlife, visitors can experience local Ukrainian culture, sample delicious local food, and stay in traditional accommodation, all in the knowledge that they are helping to make this beautiful part of Europe a wilder place.” 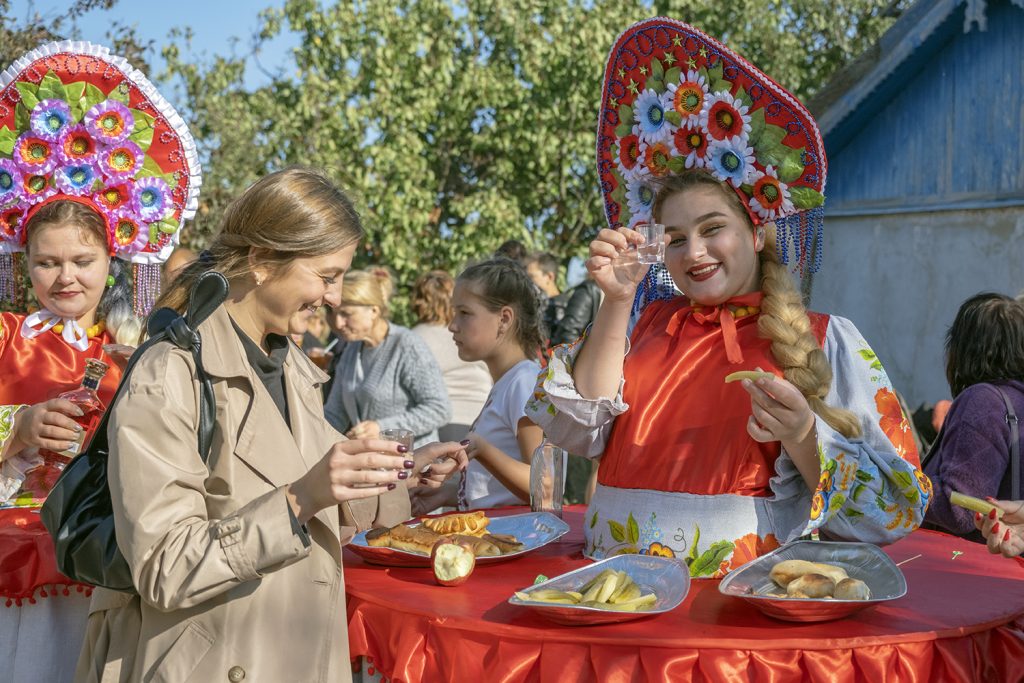 As part of the extended Danube Delta rewilding area, the 9000-hectare Tarutino Steppe is one of the very few remaining areas of steppe in Ukraine and Europe. Characterised by its expansive grassy plains (like all steppe areas), it is home to a wide range of rare flora and fauna. The 5200 ha Tarutino Steppe Landscape Sanctuary, which was established in 2012 to protect the area’s wildlife, is included in the official list of European Emerald Network sites.

The ongoing restoration of the Tarutino Steppe is part of scaled-up rewilding efforts in the Danube Delta rewilding area, which began at the start of 2019 with funding provided by the Endangered Landscapes Programme. They will lead to a wilder steppe governed more by natural processes, such as natural grazing, and include work to restore part of the Tarutino Steppe Landscape Sanctuary that was damaged by illegal ploughing in 2016.

This article was originally published on the Rewilding Europe website.