As part of an ongoing reintroduction programme, three juvenile eagle owls have been released in the Ukrainian part of the project area. Over the next three years, a total of 20 birds are planned for release, with the aim of re-establishing a viable eagle owl population and boosting complexity of trophic food chains. Supporting wildlife comeback is a core element of the restoration work carried out by Rewilding Europe and Rewilding Ukraine, who lead the ELP-funded Danube Delta project. Eagle owls were once found right across Ukraine, but the country’s last breeding populations are now restricted to the Polyissa region in the north and Donbass region in the east. Today it is a very infrequent visitor to the Danube Delta. 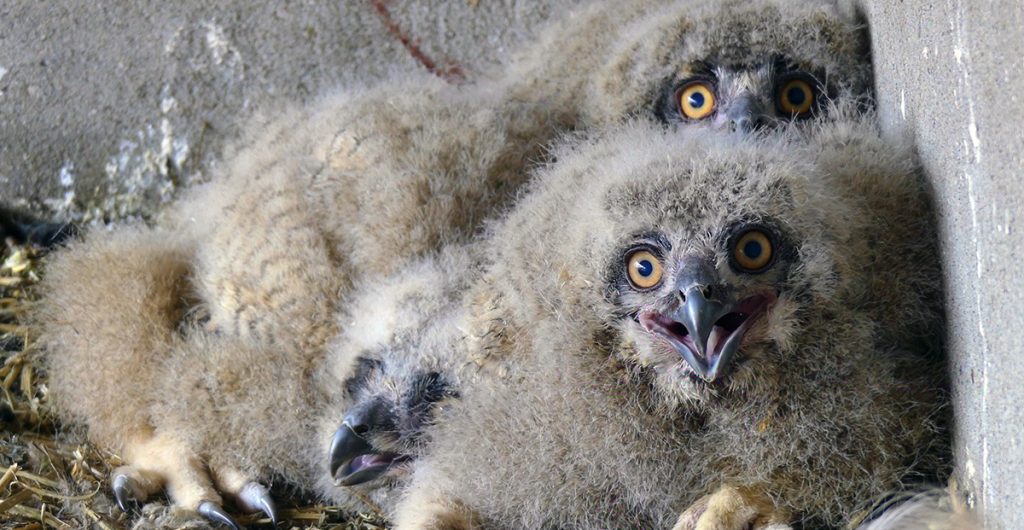 Reaching a height of 75 cm and with a wingspan of up to 180 cm, the eagle owl is one of the world’s most impressive owls. Their decline is mostly attributable to a deliberate eradication campaign (which ended in 1969), disturbance of female birds at early stages of incubation, and collisions with power lines. While the eagle owl is now making a natural comeback in many parts of Europe, hunting pressure in Romania, Ukraine and Moldova where this project is based means the likelihood of an unaided recovery in the Danube Delta is uncertain. As the eagle owl is a resident and non-migratory species, the newly released birds are expected to stay within the safe confines of the Danube Delta area, where hunting is prohibited.

“It’s a real thrill to be setting these birds free,” says Mykhailo Nesterenko, Rewilding Ukraine Executive Director. “The eagle owl was once widespread in the Danube Delta. This programme will see it retake its natural position as an important part of local food chains.” 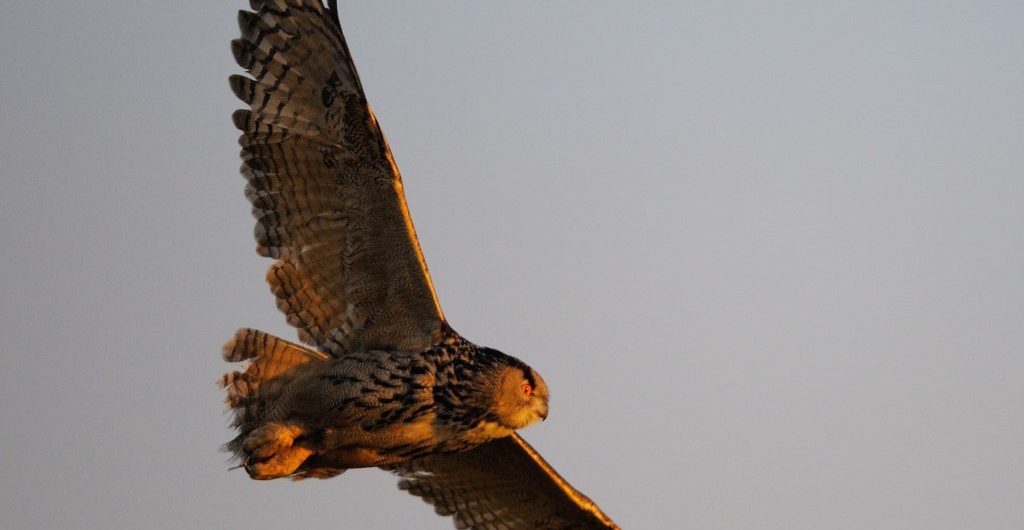 The eagle owl (Bubo bubo) has a wingspan of up to 180 cm. Photo credit: Staffan Widstrand / Wild Wonders of Europe.

The newly released juvenile owls hatched in Odessa Zoo around five months ago. The owls were then transferred to a large aviary in the core zone of the Danube Biosphere Reserve, where they were housed for ten days to acclimatise to their surroundings before being released.

Odessa Zoo have played a pivotal role in the eagle owl reintroduction: “We have significant experience of breeding and raising eagle owls, and have already supported the reintroduction of this rare yet special bird in the delta region of the Dniester River in Ukraine,” says zoo director Igor Belyakov.

The three juveniles were also fitted with GPS transmitters to allow the Rewilding Ukraine team to monitor the birds as they settle into their new home, providing valuable insight into dispersal and preferred habitats for foraging and roosting. This will allow further refinement of the reintroduction programme going forwards. Results from monitoring, together with prey composition (analysed from owl droppings), will eventually be published into report to share these lessons with the wider restoration community. 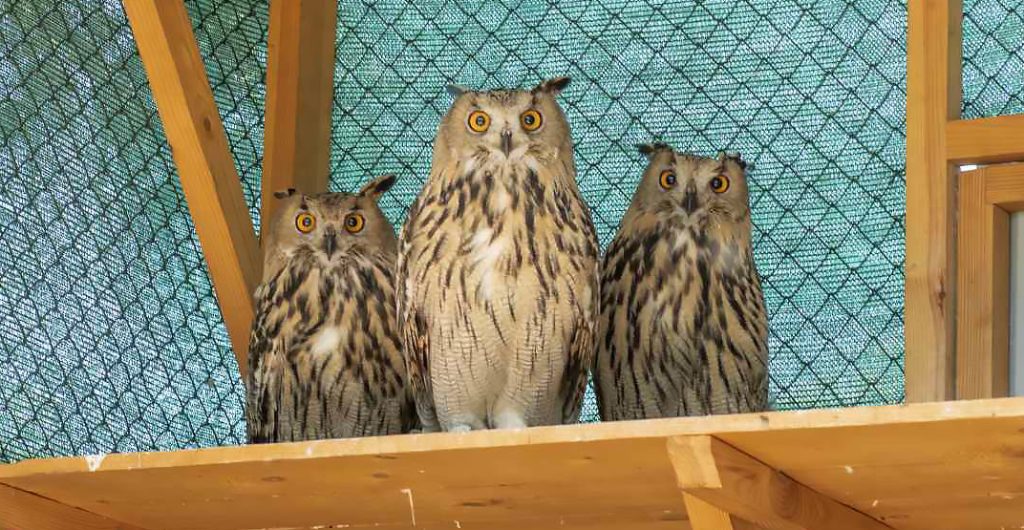 The three juveniles were housed in an aviary in the Danube Delta Biosphere Reserve for ten days to acclimatise to their new environment, before being released. Photo credit: Andrey Nekrasov / Rewilding Europe.

With a diet consisting mostly of rats and other small mammals, as well as birds, it is hoped that recovery of eagle owl populations may help rebalance the food chain.

“The coastal area of the delta is home to large colonies of rats,” explains Maxim Yakovlev, an ornithologist at the Danube Biosphere Reserve. “These destroy the eggs of many birds that breed here. Going forwards, we hope that a stable population of eagle owls will help to control rat numbers.”

And it’s not only breeding birds that may be glad to see eagle owls regularly patrolling the landscapes of the Danube Delta once again, as Yakolev says, “Delta residents and visitors will surely be glad to encounter such a magnificent bird. With its huge yellow eyes, prominent ‘ear tufts’ and booming ‘ooo-hu’ call, the eagle owl features in many Ukrainian fairy tales.”

Watch a short video celebrating the eagle owls’ release below: