The Greater Spotted Eagle is in trouble. Almost extinct in western Europe, Polesia is a stronghold for the critically endangered birds. Roughly 16% of the continent’s population is found in Belarus and 4% in Ukraine. Yet, even in Polesia’s vast network of forests and wetlands, numbers are dropping. Only in the Chernobyl Exclusion Zone has the population increased in the last 20 years.

Why are we seeing these trends, and what could they be telling us about the health of habitat for the eagles? How does human disturbance influence these birds? Which areas are most favourable for them? We are looking for answers as part of our biodiversity monitoring activities within the ‘Polesia – Wilderness without borders’ project, funded by the Endangered Landscapes Programme. 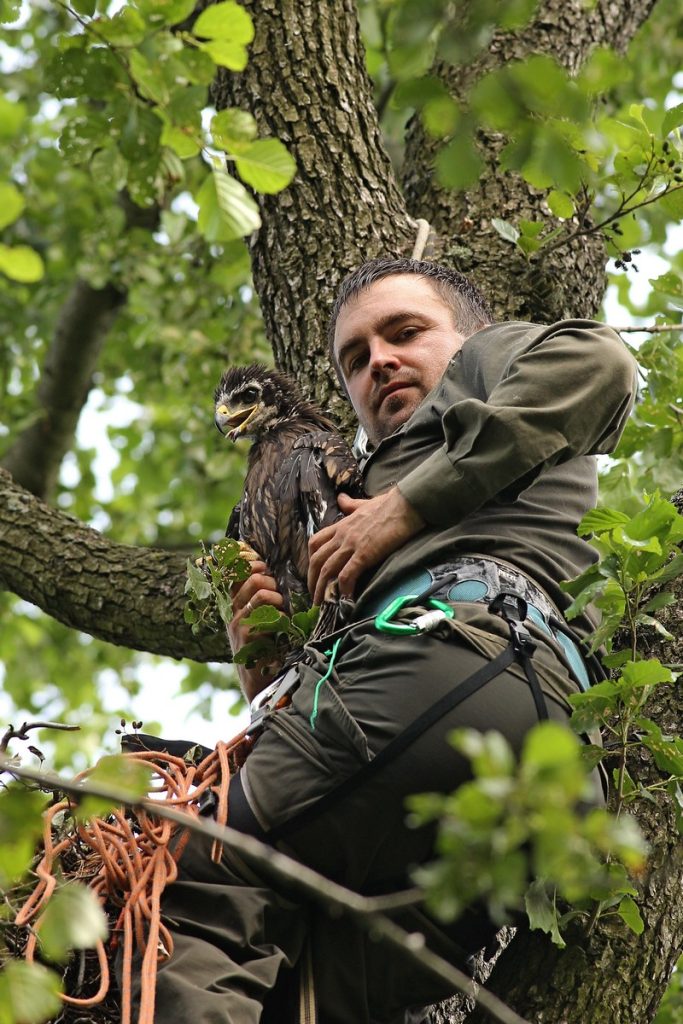 A new study analysed tracking data from 29 adult Greater Spotted Eagles to see where the birds migrated to in winter. The paper, co-authored by Dr Valery Dombrovsky and Dr Adham Ashton-Butt from the project, included data from eagles tagged in Polesia. Wintering grounds – and the health and protection status of these areas – could be an important piece of the puzzle to conserve these precious birds.

Although wintering sites for Greater Spotted Eagles were relatively well known in Europe, eagles had also been sighted in the Middle East and Africa and it was not understood whether eagles from different breeding populations across Europe migrated to different areas.  By tagging individuals from different breeding populations the study uncovered the extent of the Greater Spotted Eagle’s wintering range and how it differs between populations and sexes.

The eagles tagged in Belarus spent their winters in Southeast Europe, the Middle East or Africa. Males are more likely to winter further south than females – the majority of the male eagles from Belarus wintered within a narrow belt in South Sudan and Ethiopia. Females headed to the wetlands along the coast of southern Greece and Turkey. The winter grounds in southern Europe tend to be within a small number of protected areas – locations that the study indicates are crucial for the species. Only two of the 12 African sites are protected, both within the same national park.

Greater Spotted Eagles reliance on ecologically intact wetlands hints at one of the mechanisms of decline of this species, as the majority of wetlands in Southern Europe have been destroyed or degraded, with over 63% of Greece’s wetlands lost between 1950 and 1985. “The number of individuals wintering in a small area indicates that their wintering habitats may have been squeezed into fewer and fewer suitable locations”, explains Dr Adham Ashton-Butt from the British Trust for Ornithology.

The finding that Belarusian breeding males mainly migrate to Africa and Females to Europe could impact efforts to conserve Greater Spotted Eagles. The threats faced by the birds as well as the health of the wetlands they winter in differs between Europe and Africa. This might already have led to sex-biased survival rates and is likely to continue to do so in the future if wetlands in Africa become degraded or disproportionately impacted by climate change.

An imbalance between the number of males and females of the species could increase the likelihood of hybridisation with the more common and closely-related Lesser Spotted Eagle, increasing the risk of extinction. 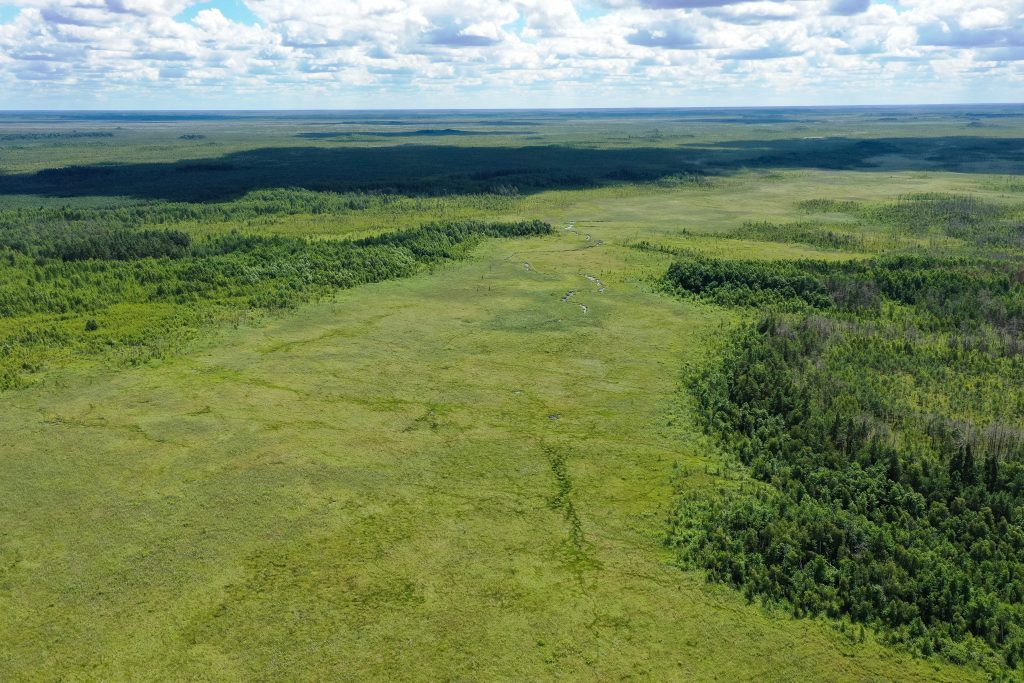 In Polesia a total of 21 adult Greater Spotted Eagles have been fitted with light-weight satellite tracking devices. This data has already contributed to several wider studies of the species. The teams in Ukraine and Belarus also use camera traps to look at the diet of the birds across a human-disturbance gradient. Here our aim is to determine how well the eagles are breeding and whether nest-site habitat has an impact on the survival of the chicks. Early findings suggest that eagle diet is more diverse in natural habitats than in transformed or disturbed areas, but we don’t yet know what implications this might have.

Field biologists from the “Ukrainian Society for the Protection of Birds” (USPB) – the project partner in Ukraine – monitor known and possible nesting sites in Polesia. Up to now this work is primarily carried out in Rivnenskiy Nature Reserve, and within the Somyne and Syra Pohonia complexes of bogs.

This summer, field expert Mykhailo Franchuk walked many miles in Rivnenskiy Nature Reserve to deploy camera traps and collect data. In total 12 Greater Spotted Eagle nests in the reserve were monitored. The data collected provides not only an indicator of the health of the species, but can also provide insights into the health of Polesia’s wetlands. The preferred nesting habitat for the eagles is mixed-forests on bogs and meadowlands. These areas provide ideal hunting grounds for the Greater Spotted Eagles to catch their prey, which include a variety of wetland birds, small mammals, snakes and amphibians. Dried-out or degraded wetland areas are unfavourable for wetland birds and may reduce eagle prey.