A herd of 20 konik horses has been released onto Ermakov Island in the Ukrainian part of the Danube Delta, as part of reintroduction efforts carried out by the ELP-funded Danube Delta project. The animals were translocated from Latvia at the end of October, and are now roaming free – enhancing the nature around them through browsing, grazing and fertilising. The project hopes the animals will also help to attract more tourists to the area, thereby boosting the local economy.

Watch a short video of the konik release below:

With funding from the Endangered Landscapes Programme, Rewilding Europe’s work in the transboundary Danube Delta project area scaled up significantly at the end of 2018. Such efforts, which include the translocation of large grazers including Konik horses, water buffalo, kulan (a type of wild ass) and fallow deer are focused on the recovery of natural landscapes, their natural processes (such as flooding and natural grazing) and associated flora and fauna across a minimum of 40,000 hectares (400 square kilometres) of the delta in Romania, Moldova and Ukraine.

The newly released animals join a 23-strong herd of konik horses and a herd of 18 water buffalo (released in two shipments) – both introduced in 2019. The konik and water buffalo herds have acclimatised well to their new environment, with three konik foals and three buffalo calves born last year. The animals will now be allowed to breed naturally and reshape the landscape, though translocations may take place if populations become too large.

“Following the successful release of konik horses last year, this follow-up translocation will increase much-needed natural grazing in the Danube Delta,” explains Mykhailo Nesterenko, Executive Director of Rewilding Ukraine and project lead. “The newly released horses will complement the water buffalo, konik horses and deer already released and living wild in the delta, with all of these herbivores helping to create more diverse habitats and a richer biodiversity through their grazing.” 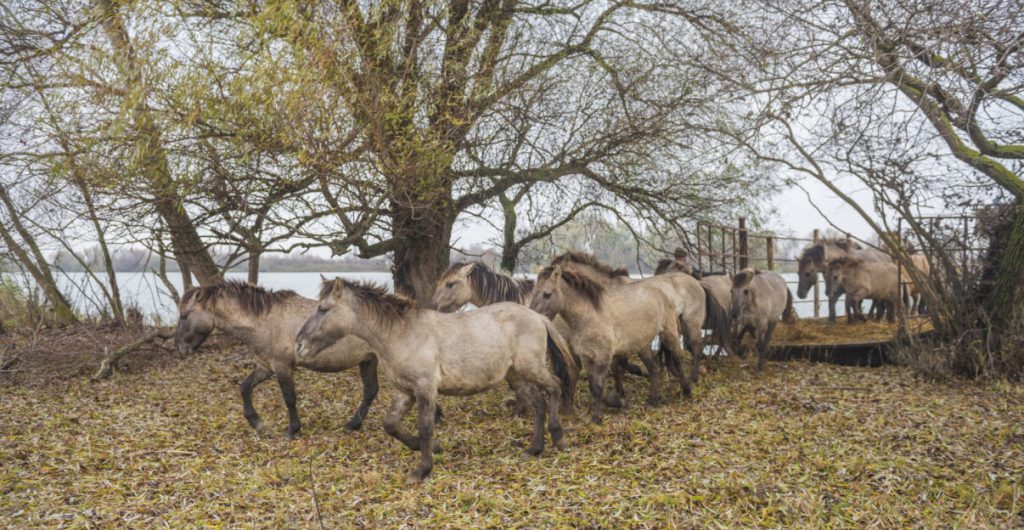 With the water buffalo grazing on low-level grasses in river basins and marshes, and koniks browsing a range of vegetation, together the animals create a more diverse delta landscape than one of these herbivorous species could accomplish alone.

The grazing impact of konik horses released on Ermakov Island is also enhanced by the fact the animals venture further into the water than water buffalo. Early analysis of satellite imagery has revealed that vegetation on the island has become slightly more varied compared to 2019 – while this could be related to the introduction of horses and buffalo, this needs to be verified with drones and further monitoring.

Like the extinct wild Eurasian horse known as the tarpan, from which they are descended, koniks are robust and well-suited to living in wild conditions (they are considered wild animals under Ukrainian law, rather than livestock). With an extremely resilient immune system, they can survive harsh winters and are capable of defending themselves against predators. The konik horses involved in the translocation were selected according to established family groups, which typically include elderly animals, breeding animals and their offspring.

In addition to regulating vegetation and landscapes, the konik horses, water buffalo and other herbivores of the Ukrainian Danube Delta are already drawing growing numbers of tourists, despite the impact of Covid-19. The Danube Delta project team is making efforts to establish the area as an attractive tourism destination, by helping local communities develop tourism infrastructure and marketing and help support a local, nature-based economy which supports people in the long-term. 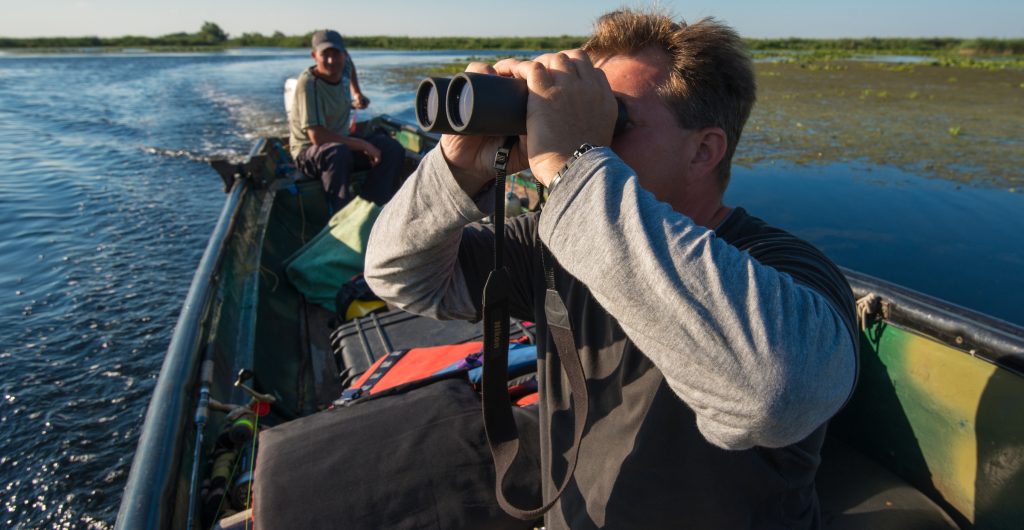