How restoring nature keeps the floods at bay

In the fifth and final article of the rewards of nature restoration guest series Adrian Thomas, Project Development Manager at RSPB, explains how landscape restoration can protect communities from flooding.

Fires. Storms. Floods. The climate crisis is here, and it’s making extreme weather events ever more frequent. As we fight the root causes of the crisis, it is just as important to protect ourselves against its devastating consequences. We must adapt. To do so, restoring our natural landscapes is essential.

My name is Adrian Thomas. Nature conservation is a bit of a life mission for me – I want to help leave this planet in a better condition than I found it. I am a conservationist, and I have been working at the RSPB, the Royal Society for the Protection of Birds, for over twenty years. I would like to tell you about a nature restoration project that I worked on which was instrumental to protect people against rising sea levels: the restoration of Medmerry.

Medmerry is on the English south coast, opposite the Isle of Wight. A long time ago, the area was rich in intertidal habitats: areas that are above water level at low tide and underwater at high tide, such as beaches or salt marshes. However, at one point, people reclaimed the land from the sea, mostly to use it for intensive agriculture, for crops such as oilseed rape. This situation, combined with rising sea levels, meant that as recently as ten years ago, Medmerry was one of the stretches in southeast England most at risk of being inundated by the sea. 364 homes were under threat, as well as the only road in and out of the town of Selsey, and the sewage works.

The Environment Agency was having to pay six figure sums each winter to try to repair the pebble beach that was the only protection from flooding. However, the Agency realised that, with rising sea levels and increasingly severe winter storms, this was a losing battle.

It was time to adapt. The solution was to realign the coast: creating a mammoth 7km-long new seawall well inland on higher ground. They would then breach the existing pebble beach, allowing the tides to reclaim a huge swathe of farmland in between. This is called “managed realignment”, where the wildlife-rich saltmarsh and mudflats that would form would give a natural buffer to the power of the sea, providing protection for probably hundreds of years. It was a great source of hope, it was exciting; but it was also a venture into the unknown, as this was the largest realignment of the open coast ever attempted in Europe.

To create the new seawall, they used clay excavated from onsite. This was very useful, as the ‘borrow pits’ from which the earth was extracted created new pools and ditches for birds, but especially for European water voles (Arvicola amphibius), for which Medmerry was already important. Once the new seawall was ready, a gap was swiftly cut in the old seawall at low tide to enable the sea to pour in. 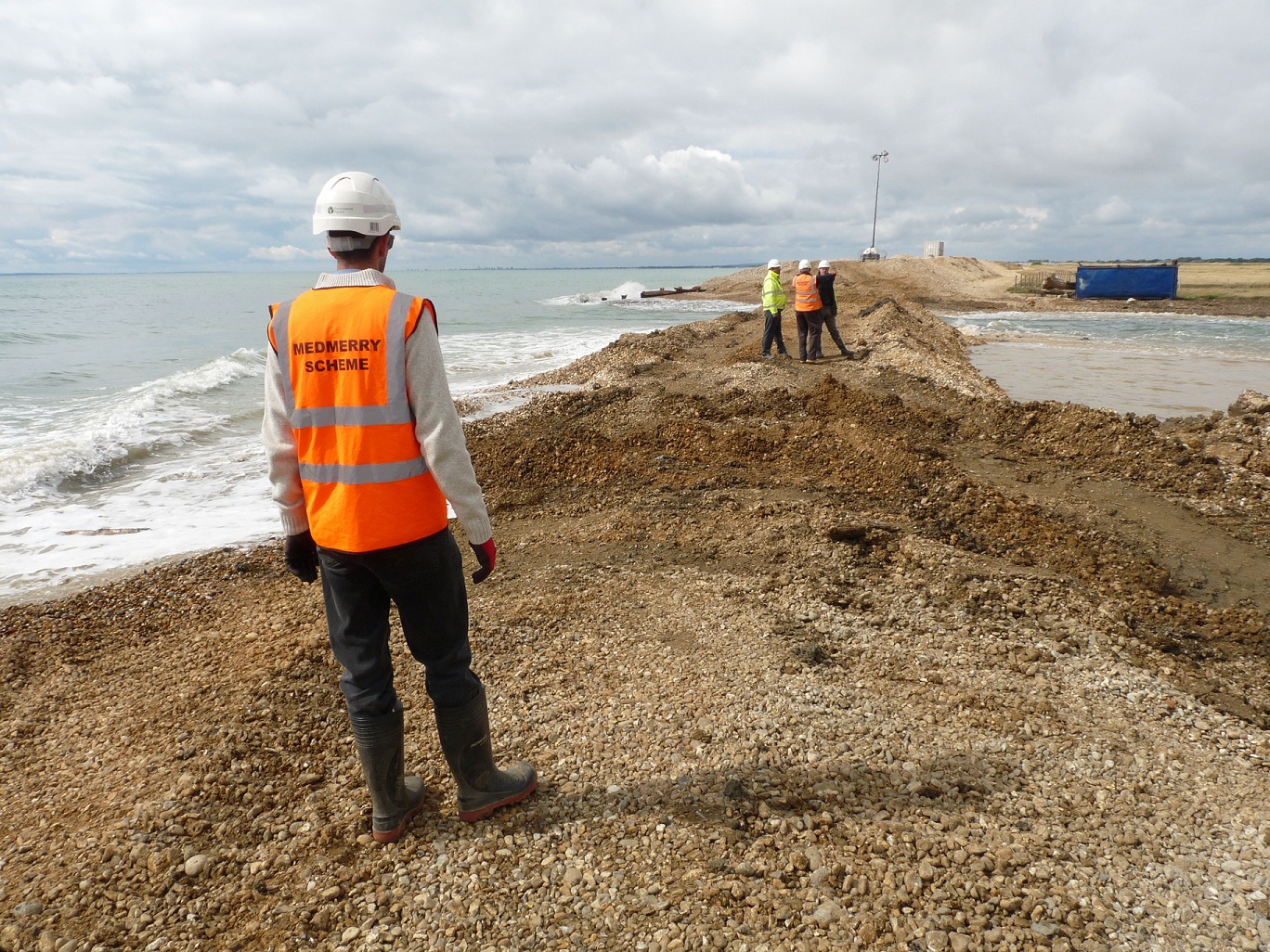 The artificial breach in the shingle beach, freshly made, on the very first tide – just a few metres gap was all it took to allow the sea back in. Photo: Adrian Thomas.

The old sea defence was breached in September 2013. Within just one tide, the site was transformed beyond recognition, and by the end of the first winter, the tides had done what they had been threatening to do for decades and battered and flattened the old sea defences. The fields turned into a tidal bay – 184 hectares of new intertidal habitats. In the first year, Black-winged Stilts (Himantopus himantopus) bred on one of the freshwater pools we had created, only the third ever successful breeding in the UK. Although the remodelling of the coastline after breach was almost exactly as had been predicted, it happened much, much quicker than was anticipated; the sea shunting pebble and mud into new positions in astonishing volumes. Despite the sheer force and volume of the tide, the new defences remain untouched, untroubled.

I visited Medmerry this summer, and you would think the habitats had been there forever. Little Egrets (Egretta garzetta), Common Shelducks (Tadorna tadorna) and Common Redshanks (Tringa tetanus) picked over the glistening muds, and Pied Avocets (Recurvirostra avosetta) piped on the freshwater pools; one of only a handful of breeding sites in the whole of Sussex. I saw over 50 species of bird in a two-hour saunter without even trying. It was magical.

The brilliant thing for local people now is that those who live just inland of the new defences can sleep easy in their beds. You only have to look at Medmerry on a stormy day to see that there is no way the new defences are going to be breached. While the sea is raging, the sheltered bays and inlets of Medmerry are just a gentle ripple. 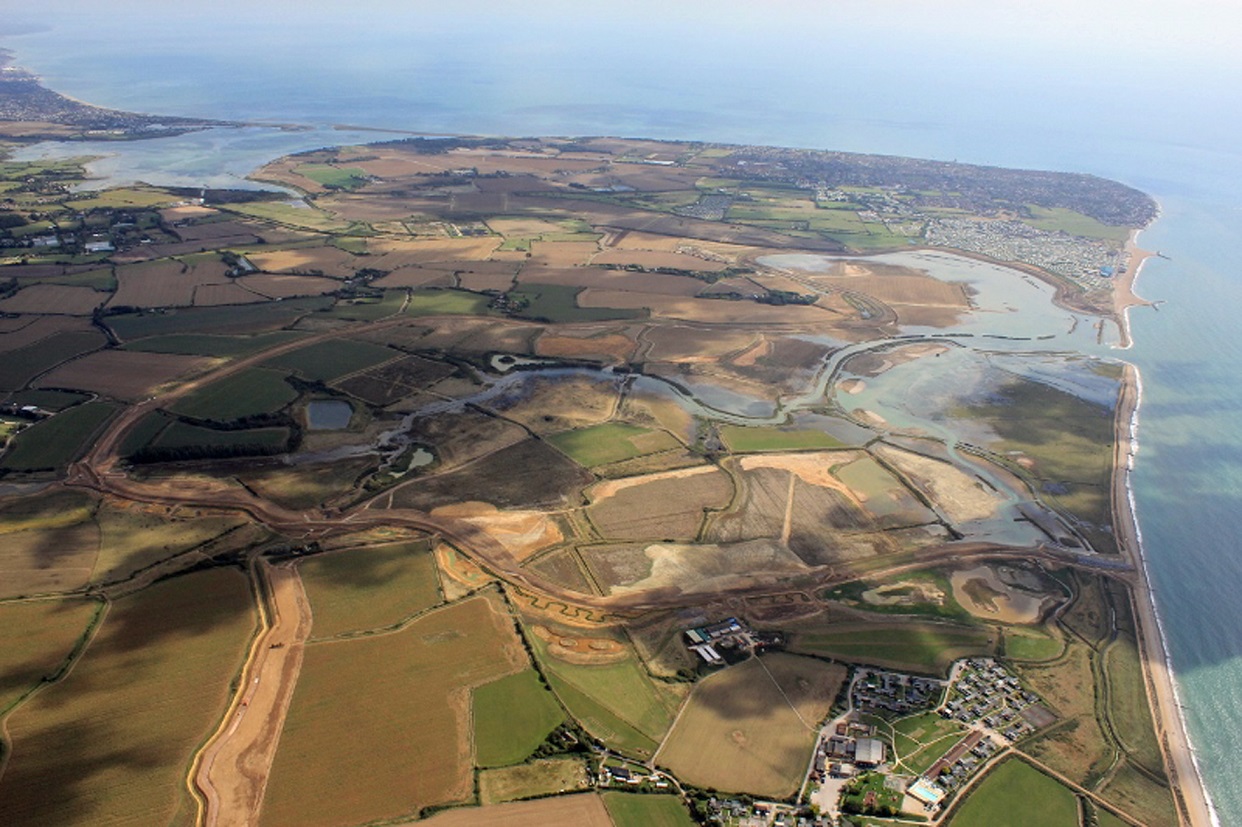 Medmerry from above once the old seawall was breached. Can you see the intertidal habitats? Photo: The Environment Agency.

One great thing about restoring nature is the many rewards that it brings. Because of Medmerry, many people are safe from floods. Wildlife is bouncing back. There are extensive new footpaths, cycle paths and horse-riding routes to explore, which is great for tourism. It has also created value for the local fisherfolk, as Medmerry is now a spawning ground for many seafish. Another rather exciting benefit was the archaeological discoveries – I was wowed by the unearthing of Bronze Age settlements, rewriting the history books for how early settlers lived on this stretch of coast 3000 years ago.

Medmerry felt ambitious, it felt huge, but it showed what can be achieved when ambition is allowed to fly and when everyone pulls together. It did require up-front investment, but it was an investment in the future, and the rewards and savings will be recouped for decades to come and more. And now it is a site managed by the RSPB, safeguarding it for future generations.

The whole endeavour was a wonderfully collaborative process, and something I was so privileged to be a close part of throughout its creation. It is always amazing how many groups and individuals have a stake in a project like this. I want to thank the Environmental Agency, as well as all the layers of local government, residents’ groups, access fora, tourism providers, wildlife societies, farmers, landowners, the business community and archaeologists.

Working with nature rather than against it has got to be something we seek to do wherever we can. Achieving win-wins for people and for nature is vital if we are to overcome the nature and climate crises we face. 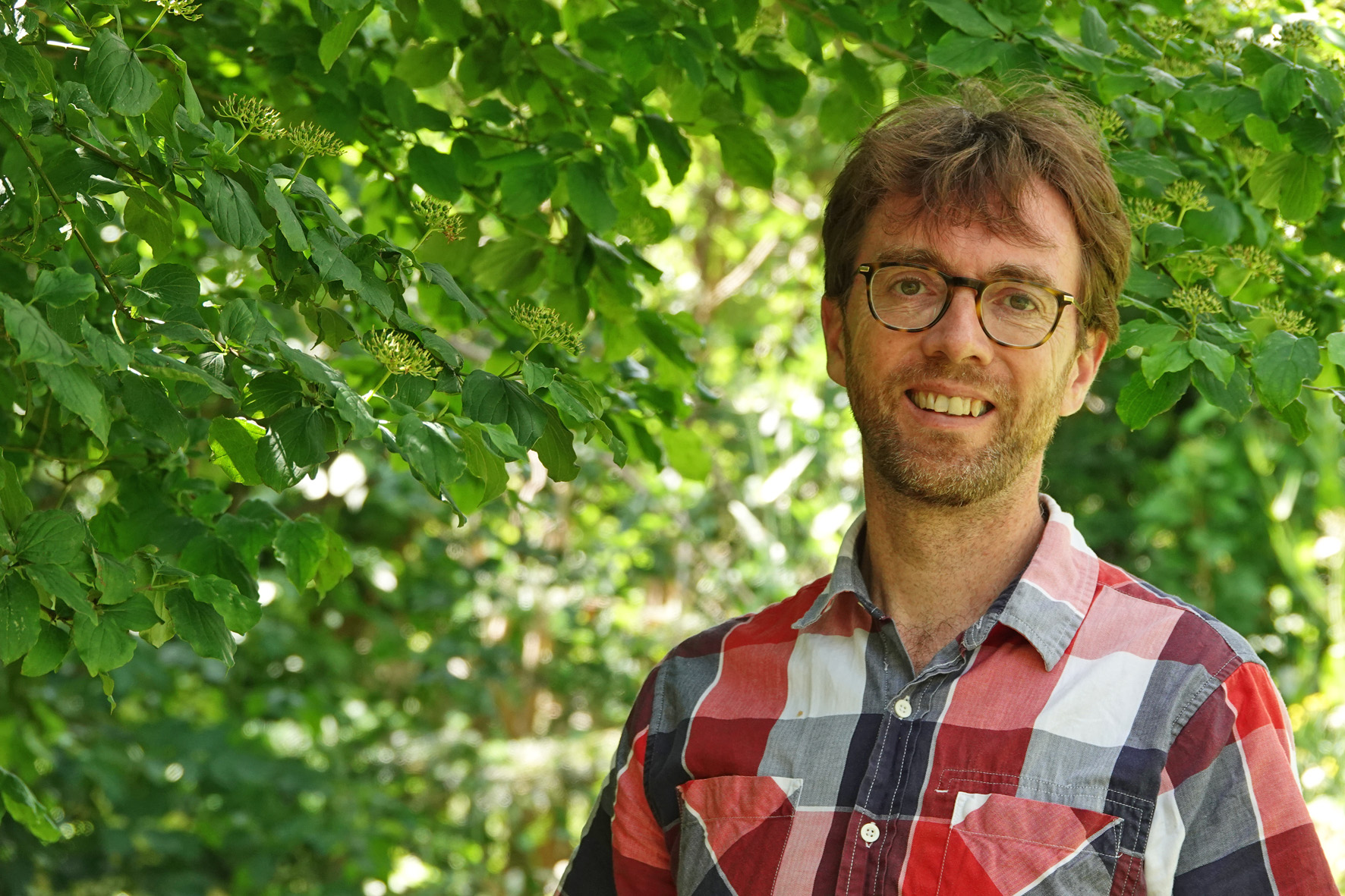 The Medmerry experience is a beautiful example of how restoring nature can help us adapt to the climate. Here are a few other large-scale restoration projects which yield similar rewards.

283 miles to the north of Medmerry, near Blackpool, there’s a place called Hesketh Out Marsh. The RSPB, BirdLife’s Partner in the UK, was instrumental in making it one of Europe’s largest restored saltmarshes. By allowing seawater back in to flood some of the land, they created space for nature that acts like a massive sponge, slowing the flow of the tide and protecting 143 homes and nearby farms from floods.

In Northern Portugal, the Endangered Landscapes Programme is funding the restoration of the Greater Côa Valley,  as monoculture pine plantations have made this area particularly vulnerable to forest fires. On top of being a lifesaver for vultures, lynx and wolves; the restoration of over 120,000 hectares will help develop landscape mosaics that naturally prevent fire from spreading.

In south-east Georgia, BirdLife Partner SABUKO is working on the restoration of the Iori River Valley. This area was mainly threatened by unsustainable agriculture and an abandoned dam project. By restoring the natural dynamics of the Iori River, and the riverine forest, they created periodic wetlands and improved the conditions of the surrounding forests, putting people and wildlife in a better position to face the climate crisis.