How restoring peatlands can help us beat climate change.

In the second of the rewards of nature restoration guest article series, Katrien Wijns shares her passion for peatlands and exaplains their importance for combatting climate change.

It’s no secret – we’re in a climate crisis, and nature is suffering. I am very much aware of this fact; I am a biologist, and I have been working for Natuurpunt, a nature protection NGO, for the past eleven years. And yet, every time I stop and think about it, I am taken aback by the sheer scale of the crisis. Destructive industrial practices have been pumping so much greenhouse gas into the atmosphere that CO2 levels are the highest they have been in four million years. The ice caps are melting, sea levels are rising, and extreme weather is becoming ever more frequent. You probably know this already. What you might not know, however, is the crucial role played by peatlands.

What are peatlands? They’re a type of wet habitat made up of peat, which is partially decomposed vegetation that looks a bit like soil. Peatlands are an incredible tool against the climate crisis: they naturally absorb carbon from the atmosphere and keep it stored. Although peatlands only cover 3% of the world’s land area, they contain a third of the world’s soil carbon.

The problem is, peatlands are disappearing. They are being drained and replaced by intensive agriculture and ill-conceived tree plantations. Globally, the degradation of peatlands accounts for about 5% of carbon emitted into the atmosphere – twice as much as aviation.

It’s awful. I find it appalling that these precious habitats are not treated with the respect they deserve. It’s bad for biodiversity, and it’s bad for us. We all stand to lose from the degradation of peatlands. 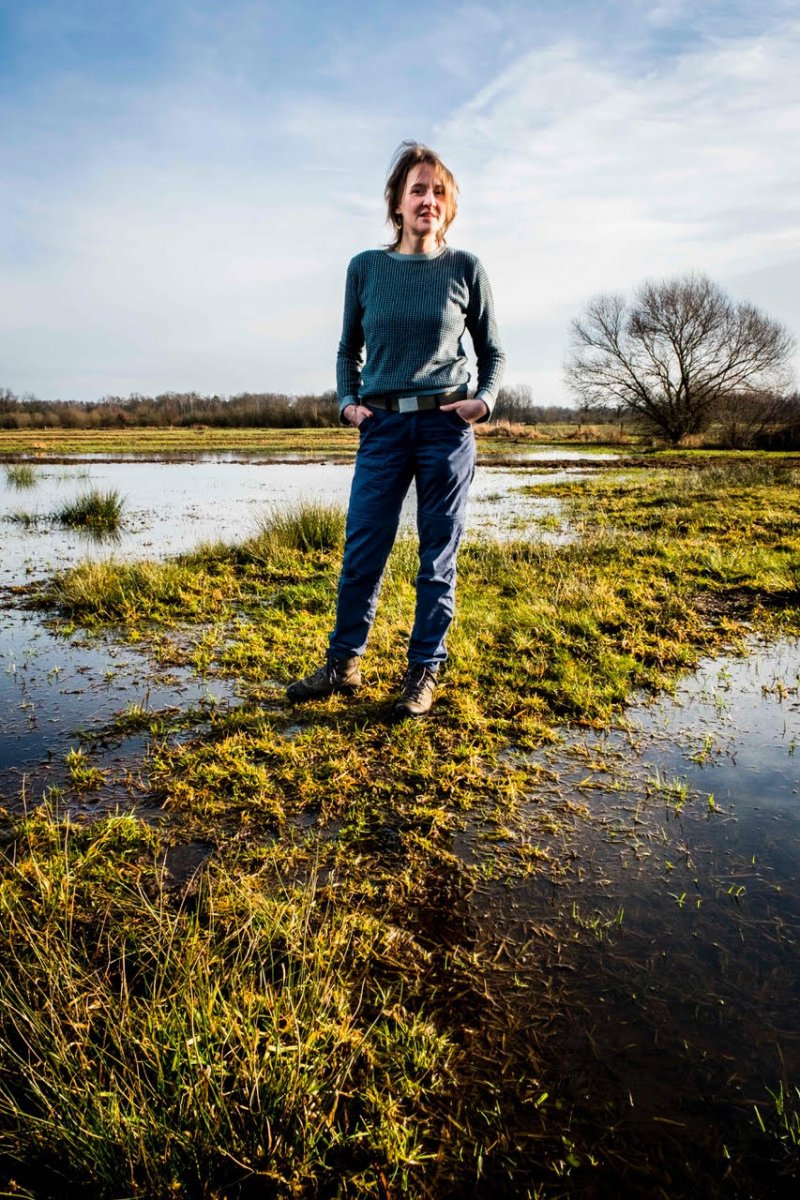 As you can probably tell by now, I care very much about peatlands. I am determined to protect the ones that we have, and restore those that have been lost. That’s why when I was given the opportunity to coordinate the Care-Peat project for Natuurpunt, I didn’t hesitate for one second. Care-Peat is a peatland restoration project that spans five countries: Belgium, France, Ireland, the Netherlands and the United Kingdom. It started in 2019 and will run until 2022. Nine organisations are working together to restore the carbon storage capacity of different types of peatlands in North-West Europe, and reduce carbon emissions.

Restoring peatlands has enormous potential: as a way to fight the climate crisis, it’s twice as efficient as planting trees! In the Care-Peat project, each site has a unique story to tell – and they’re all showing promising results. Here are just a few of them.

Our pilot site in the UK, for instance, Winmarleigh Moss Carbon Farm, had been drained back in the 1970’s for intensive agriculture. We needed to rewet the place, so we built irrigation ditches. And within just a few weeks, we noticed at least five species of dragonflies visiting the site. Nature was coming back! We also planted 150,000 plugs of sphagnum moss, which, in time, will transform the site from a carbon emitter into a carbon sink. Today, the sphagnum moss is growing really well, and initial data shows there has already been a reduction in the site’s carbon emissions!

At Cloncrow Bog, in Ireland, a country where peatland degradation is a significant problem; we called upon engineers to create peat dams in a drained peatland area adjacent to an intact raised bog. It’s an effective technique: we’re already observing sphagnum growth.

In De Wieden, in the Netherlands, we are creating ‘peat pits’: we are digging ditches to grow peat. This allows us to capture carbon in the ground, and also creates space for aquatic plants to grow.

Throughout Europe, peatlands desperately need to be restored. What we are doing in the Care-Peat project really can and should be reproduced elsewhere – we’re in a climate crisis, restoring peatlands should be a no-brainer! Moreover, restoring peatlands isn’t just good for the climate – it’s also great for biodiversity, flood protection and even helps lower the risk of wildfires.

I am very grateful to the EU for funding the Care-Peat project through the Interreg NWE programme, and I also have a message for the European Commission: EU policies need to be consistent. European climate policies and agricultural policies should not contradict each other. In fact, the EU’s Common Agricultural Policy should be used to ensure the protection and restoration of peatlands used for agriculture.

Sometimes, the gravity of the climate crisis can generate feelings of despair. The task ahead of us is monumental, which is why I am so happy to be a part of a community that is dedicated to protecting our planet. I want to thank all the Care-Peat project partners for the essential work that they are doing: the Scientific Research National Centre, the French Geological Survey, Lancashire Wildlife Trust, Manchester Metropolitan University, the National University of Ireland Galway, Eurosite, Natuurmonumenten, the University of Orleans as well as all other sub-partners and associated partners.

To you, the person reading this story, I want to say: be the change you want to see in the world, and also, use peat-free potting soil!

In Winmarleigh Moss Carbon Farm (UK), sphagnum moss plantations will transform the site from a carbon emitter into a carbon sink.

Katrien’s Care-Peat story is unique, yet at the same time it’s one of many projects where people are restoring nature to overcome the climate crisis.

The Cairngorms Connect project, for instance, led by the RSPB (the Royal Society for the Protection of Birds) as part of the Endangered Landscapes Programme, is the largest habitat restoration partnership in Britain, covering over 60,000 ha of contiguous land in the Scottish Highlands. By restoring and managing 400 ha of blanket bog and 900 ha of bog woodland, the project will reduce CO2 emissions from the damaged peatland and generate the conditions for further peat formation – capturing atmospheric carbon in the process. The project is also increasing woodland coverage, capturing carbon and protecting the carbon contained in previously exposed soil, all while significantly contributing to the livelihoods and wellbeing of local people, through direct employment (e.g.contracting local services, creating apprenticeships) and enhancing ecosystem services.

In the Flow Country of northern Scotland, the RSPB is engaging in ‘forest-to-bog’ restoration. The inappropriate planting of conifer trees had greatly damaged peatlands, which the RSPB is now restoring. This project is expected to benefit biodiversity and mitigate climate change, too. Furthermore, a project to restore the Polesia mires, led by the Frankfurt Zoological Society as part of the Endangered Landscapes Programme, will restore at least 6,000 ha of wetlands affected by drainage – great news for biodiversity and the climate.

The fact is, we’re in a climate crisis, and we need to act fast. The large-scale restoration of degraded landscapes is a powerful tool we could start using right now. Nature restoration is a necessity. Our industries and economies have long developed in a way that was harmful to nature, but we can create a new future. Whether or not we do it is a question of political will and collective action.