Invasive fish species on the menu for the Turkish public

Invasive fish species are on the increase in the Eastern Mediterranean. The climate crisis, combined with the migration of marine species from the Red Sea via the Suez Canal, has led to Pacific Ocean species such as lionfish, redcoat and brushtooth lizardfish arriving along the south west Turkish coastline. This phenomenon, sometimes called “Lessepsian migration”, threatens the region’s delicate marine ecology that has existed for millions of years.

Since 2019, local ELP project partner Akdeniz Koruma Derneği (AKD) – or the Mediterranean Conservation Society – has been working to monitor these changes and explore innovative ways to adapt to these unprecedented changes. Working as part of the Gökova Bay to Cape Gelidonya project with Fauna & Flora International (FFI), AKD work across a 500 km seascape to implement No-Fishing Zones (NFZ), ranger-led marine patrols, and monitoring of endangered species and habitats to facilitate ecosystem recovery. 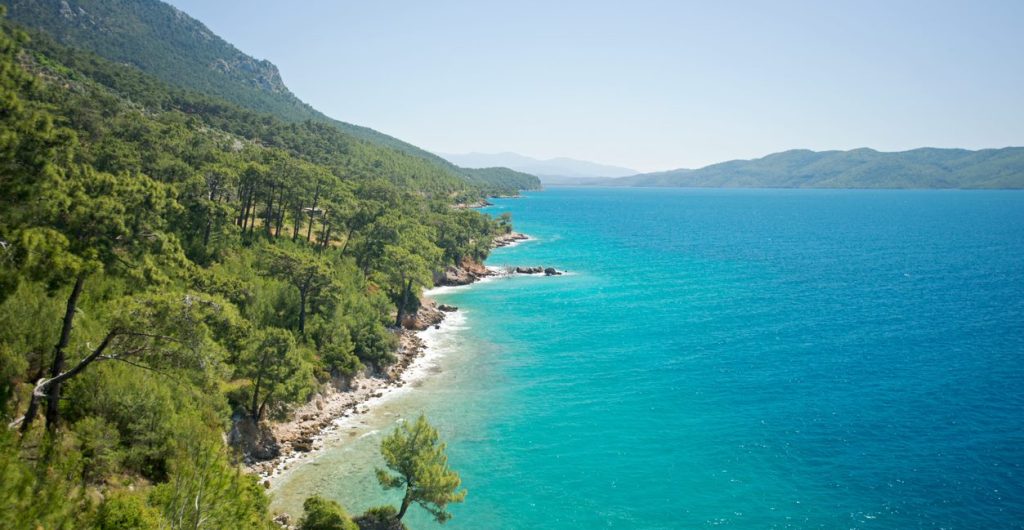 To curb the impact of invasives, AKD are promoting an innovative solution: eating them. It is hoped the numbers of these species can be reduced by promoting them as “new fish” and a climate-resilient food. AKD founded their own enterprise in 2020 to facilitate the sale and consumption of edible species and have worked with small-scale fishers (SSF), restaurants and celebrity chefs to generate income and create new markets with them. In the long term, it is hoped these efforts will lower invasive species numbers and reduce the impact on the ecosystem, whilst also generating income for small-scale fishers and sustainable financing for other marine conservation activities. 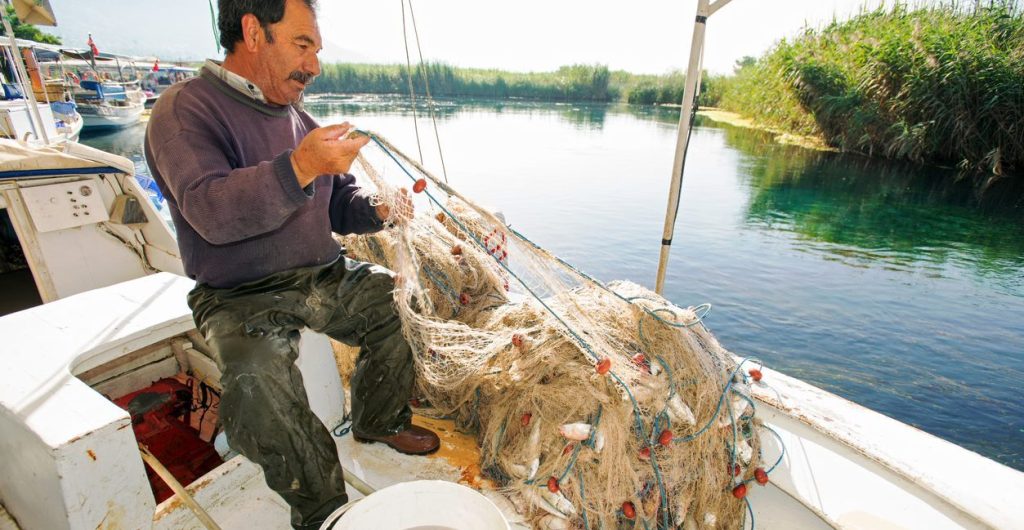 Before the “new fish” initiative, invasive fish species in the area had no market value. Now, small-scale fishers can use them as an extra source of income. Photo Zafer Kizilkaya.

“Lionfish is the flagship species of this programme, which was discarded by most of the fishers 2 years ago, who are now making money out of its sales,” says Funda Kök, AKD’s Conservation Manager. “People that AKD engaged with now believe that they are a part of the solution to reduce the pressure of these invasions and help restore the ecosystem.”

As part of the “new fish” initiative, AKD have ramped up their engagement with fisher communities, the culinary sector and the general public. Having held similar events remotely for the past two years due to the COVID-19 pandemic, in 2022 the team have taken the opportunity to connect with new audiences across the coastline. 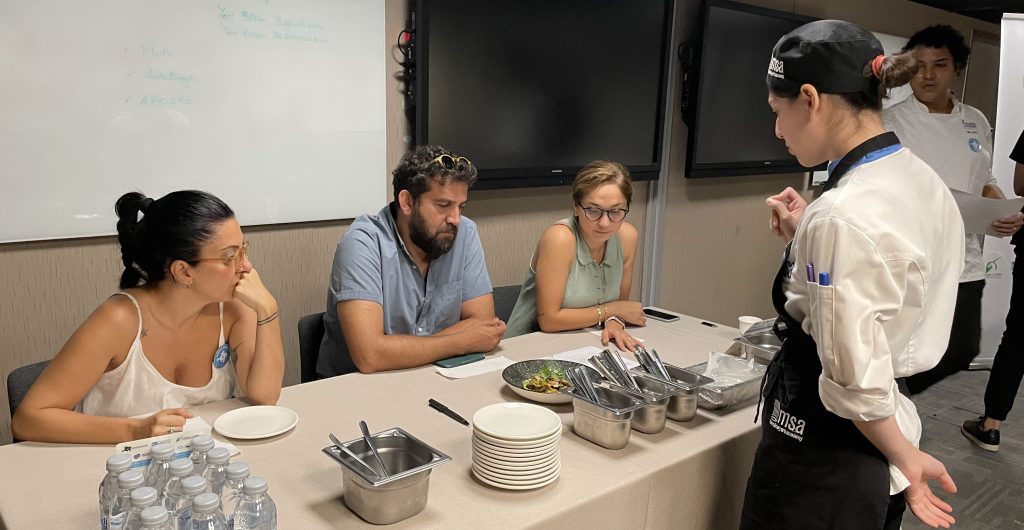 These activities include “new fish seminars” for fishers and fishing cooperatives, to encourage the trade in invasives. AKD presents environmental issues associated with invasive species, and the potential solutions through trade and consumption. The team provide safety information about certain species – particularly lionfish, which have venomous spines – to ensure fishers can catch and handle them safely. It is hoped these initiatives will encourage fishers to catch and generate income from invasive species, as they had no market value – and in some cases were mistakenly believed to be poisonous to eat – before the team began their efforts. Free samples of invasive fish dishes were also given to attendees, which included lionfish ceviche, and “brushtooth lizardfish and chips”. Beginning with the first event in Göcek in April, the team have since travelled to Datça-Karaköy, Bodrum and Mersin to reach fishers across a large area. 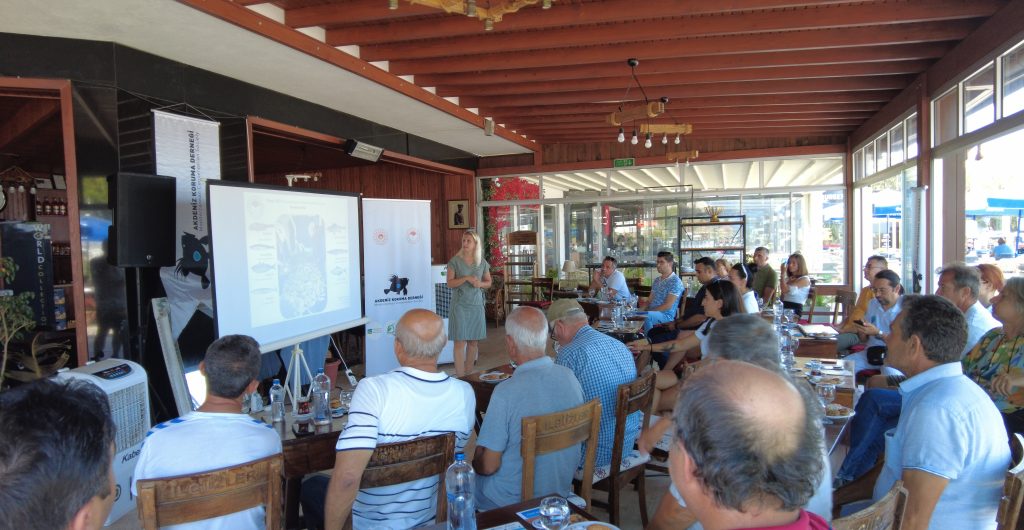 As part of seminars, AKD provides safety information about species such as lionfish, which have venomous spines. Photo: AKD.

Fisher engagement is complemented by more general public-facing food events and collaborations with restaurants, influencers and chefs. In the last year, AKD sold invasives to 37 restaurants, with 21 bringing repeat custom. In May 2022, AKD joined the İzmir Gurmefest food festival, where their stall became one of the most popular, with an estimated 7,500 visitors. The team even held a competition for students at the Culinary Arts Academy of İstanbul (Mutfak Sanatları Akademisi) to design the best redcoat dish recipe, and invasive fish consumption was recently promoted on the Turkish edition of MasterChef. AKD share recipe videos through a dedicated Instagram page. 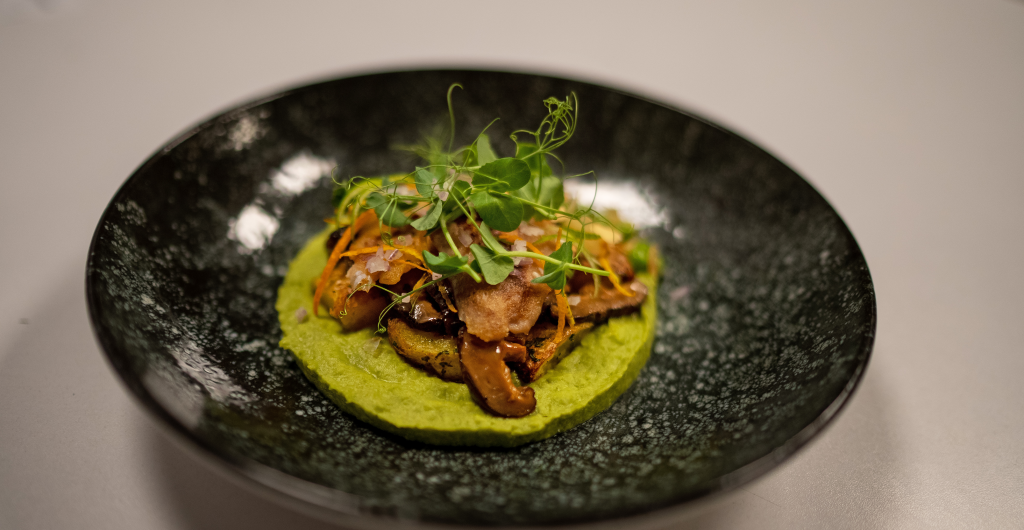 “In just one year of project implementation, AKD’s associated enterprise worked directly with fishers from 22 cooperatives, purchased 5 tonnes of edible invasive species from SSF and sold more than 2.5 tonnes, supporting income generation for 560 beneficiaries including fishers and dependents” Funda says. She adds that the initiative has “demonstrated solid progress towards improving the livelihoods of marginalized SSF communities and helped restore high-value marine ecosystems through the removal of edible invasive fish species by going beyond the ordinary and taking the risk.”

With further food festivals anticipated over the next year, and AKD hard at work with their collaborators at restaurants and in fishing communities, it is hoped their efforts will increase the market value of key edible invasive species and lead to wider consumption of invasive fish species in Turkey.

To find out more about the Gökova Bay to Cape Gelidonya Restoration Landscape, visit the project page.