It’s rare that one gets to look at a conservation problem from two different angles, or witness responses crafted from opposing ends of the solutions spectrum – from species scale to systems scale – at the same time in the same place. But I was lucky enough to have that opportunity in 2019, visiting a project catalysing the restoration of over 500 km of the Turkish Mediterranean coast, from Gökova Bay in Muğla province to Cape Gelidonya in Antalya. Habitat loss, overfishing, anchor damage and invasive species have ravaged this beautiful and rich marine system, but local Turkish NGO Akdeniz Koruma Derneği (AKD), working alongside Fauna & Flora International (FFI), have launched an ambitious programme to allow the ecosystem to recover.

On the one hand, here were marine biologists, veterinarians, fishers, farm workers and conservationists doing the heavy lifting (quite literally) to create a monk seal habitat within an existing cave. This particular cave was an ideal safe space for the elusive and skittish Mediterranean monk seal – its low clearance at the entrance meant that most boaters and tourists never suspected a cave was there and monk seals could come and go undetected. The submerged cave floor, however, made it unsuitable for monk seals to give birth and raise their pups there. AKD’s President Zafer Kızılkaya and his team at AKD decided to fix this problem, bringing in hundreds of kilos of rocks and sandbags to construct the perfect pupping platform – complete with camera traps to document monk seal interest in the new digs. 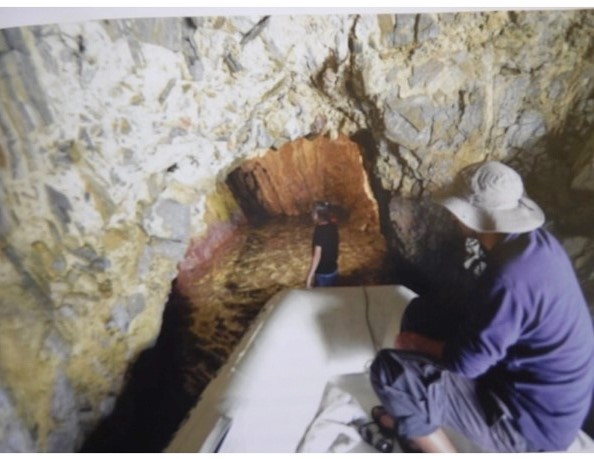 Before: With the cave floor flooded, the habitat was unsuitable for monk seals to raise their pups. Photo credit: © Zafer Kizilkaya. 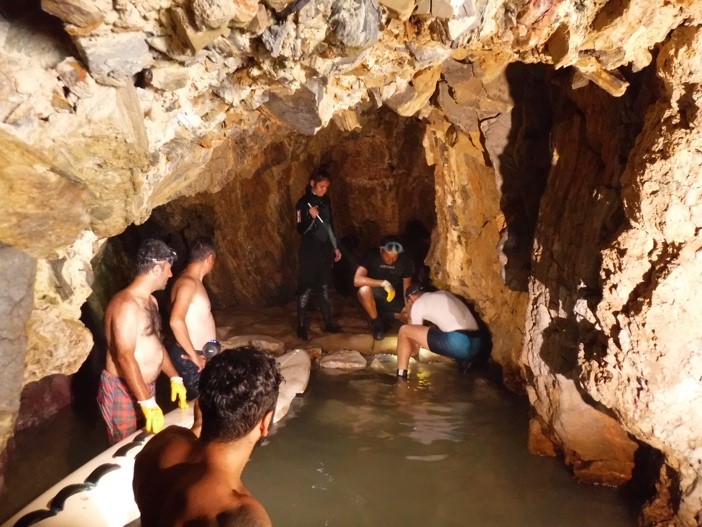 Intervention: Building up the floor to raise it above sea-level, the cave is ready for monk seal mothers and pups. Photo credit: © Zafer Kizilkaya.

Such targeted conservation is important when a paucity of breeding sites is one of the main limiting factors for an iconic but endangered marine species like the Mediterranean monk seal. But systems-level restoration, especially in the marine domain, won’t happen only through active restoration at this small scale – no matter how rewarding it is to roll up one’s sleeves and recreate critical habitat. Across these open and dynamic marine ecosystems, solutions need to be crafted at a larger scale – relieving pressure points throughout landscapes and seascapes to allow natural recovery over time.

This is exactly what the Gökova Bay project is doing, at the large end of the ‘scale’ spectrum. Building on the success of working with fishermen in Akyaka to establish ‘No-Take Zones’ in Gökova Bay, AKD and FFI have launched an ambitious effort to replicate the protected areas over a 500 km stretch of coastline. Where to put these No-Take Zones to maximise fisheries production, allow the recovery of functionally important species and create intrinsic control of marine invasives is the challenge – especially as the support of local fishermen (who are not typically keen on closed areas) and of the tourism industry is critical.

AKD and FFI are developing the big picture view of how this vast coastal ecosystem is structured and functions. The project aims to map habitats to determine the best locations for protected areas and will consider fish dispersal modelling to understand how connected key habitats are. At the same time, the project team is working with fisher cooperatives along the coast, encouraging local acceptance of closures by demonstrating increased yields in Gökova, and incentivising fishers’ participation by bringing in needed infrastructure to improve their livelihoods (cold storage, fisheries cooperative buildings, hygienic processing facilities). 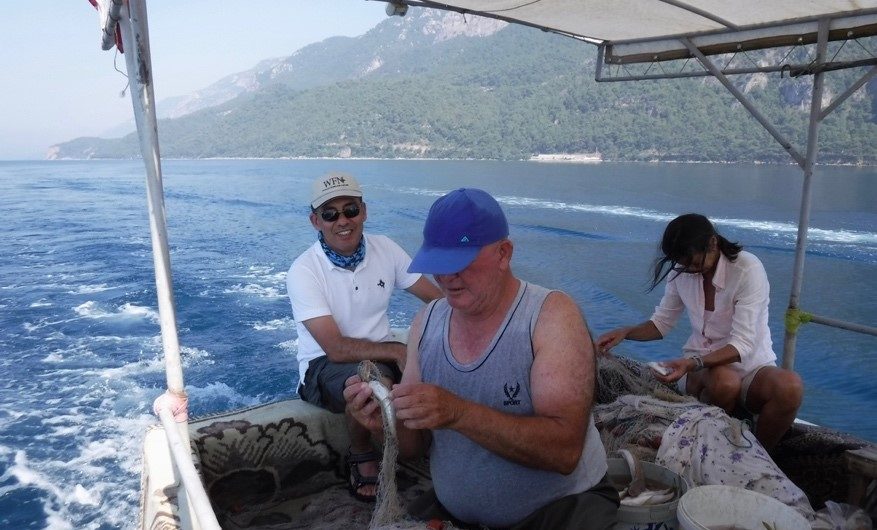 An author (right) sorting fish on the fishing boat of the head of the Akyaka cooperative (foreground), with AKD President Zafer Kızılkaya (left), in Gökova Bay.

Another form of active restoration is being carried out by the fishers themselves. Working with project partner the United Nations Environment Programme’s World Conservation Monitoring Centre (UNEP-WCMC), alongside local fishers, restaurants and consumers, AKD will work to create new markets for invasive fish species. For instance, a reduction in invasive rabbitfish species,  voracious grazers, would relieve pressure on macroalgae habitats and restore the diversity of species that were once prevalent. By putting new sources of income from invasive species into the hands of fishers this would relieve fishing pressure on native species.

The tourism industry also has a role to play in the regeneration efforts. A possible user fee for mooring boats on mooring buoys in the popular anchorages outside marinas would mean boat operators were supporting monitoring, research and public outreach. In turn, boaters would have safe anchorages and beautiful places to swim, snorkel, and view marine life. And by using the mooring buoys, tourists would reduce anchor damage to the ecologically critical Posidonia oceanica beds – the slow-growing seagrass that supports many essential fishery species and biodiversity favored by scuba divers and snorkelers.

Since 2019, Zafer and his team alongside project partners have been busy and productive, even during the weird stasis imposed on the world by COVID-19. The project works to establish new protected areas and the community of conservation practice that spans environmentalists, fishers, local politicians and other stakeholders continues to grow. And perhaps even more exciting: the cave reconstruction that I was lucky enough to witness now has a happy inhabitant: a young female monk seal who may do her part in future to expand the threatened Mediterranean population of this iconic species. 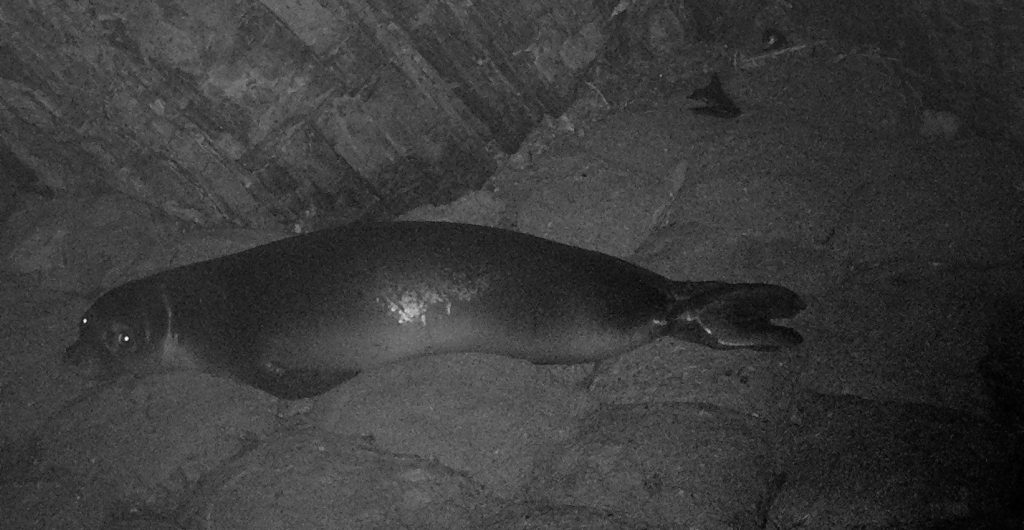 The work in Gökova Bay has already demonstrated that functionally important species, from macroalgae to the sandbar shark, can return if the ecosystem is relieved of pressures. When the full suite of biodiversity is restored across this vast coastal system, ecological balances will also be restored, and natural controls on the spread of invasive species will prevent further degradation and fishery losses.

Natural recovery takes time, but restoration at this scale not only heals nature but creates bonds between people – spurring the enthusiasm of an ever-expanding community willing to do whatever it takes to make monk seals feel safe, let seagrasses spread, invite sharks, seals, rays and finfish to return – and let nature flourish again.

To find out more about this project, please visit the Gökova Bay project page.