Marmots settling into their new home on Ukraine’s Tarutino Steppe

A group of steppe marmots, translocated to the Tarutino Steppe in 2020, are acclimatising well to their new home. Their release into the wild, which is part of a long-term reintroduction programme, is helping to create a healthier, more functional steppe environment.

A group of eight steppe marmots (3 males, 5 females), translocated to the Tarutino Steppe in southwest Ukraine in the autumn of 2020, are acclimatising well to their new home. The animals, which are currently hibernating, are being closely monitored by the Rewilding Ukraine team. Prior to hibernation the animals were behaving normally, standing close to their burrows on their hind legs, turning from side to side, and squeaking loudly to check for other family members.

The marmot reintroduction is part of a larger landscape restoration initiative to enhance wild nature on the 8000-hectare Tarutino Steppe. Marmots form an important part of local food webs, while their burrows – which can be up to 20 metres long and as much as three metres below the surface of the ground – can have a positive impact on soil and groundwater. They also help to disperse seeds and create areas where a variety of plant species can establish themselves.

The Tarutino Steppe is one of the very few remaining areas of relatively pristine steppe left in Europe and forms part of the extended Danube Delta restoration landscape. The plan is to release further marmots here going forwards, with the goal of establishing a stable population in the area. 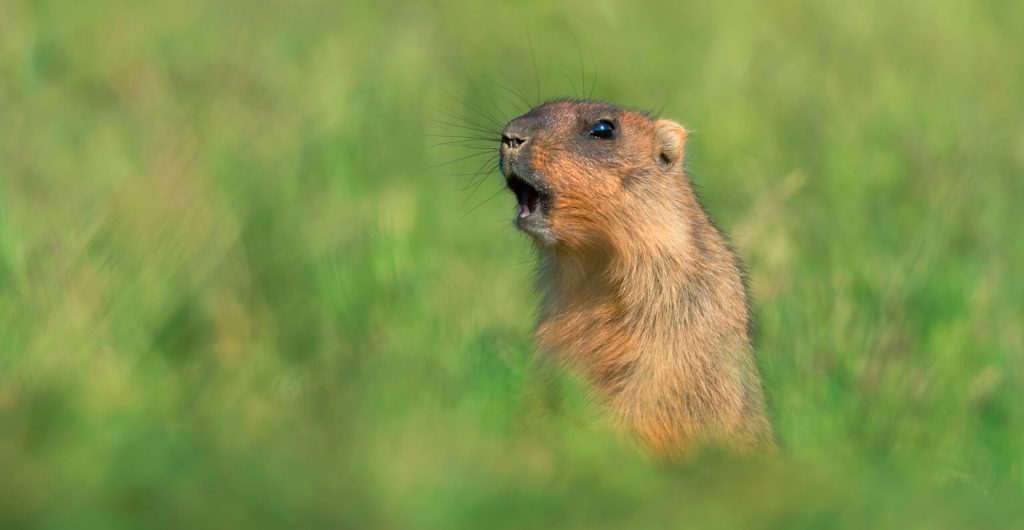 Steppe marmots were once widespread in Ukraine, but their population has declined rapidly due to hunting and industrial agriculture. Photo: Sergey Ryzhkov

The steppe marmot (Marmota bobak) is a species of marmot that inhabits the steppes of Eastern Europe and Central Asia, prospering on open rolling grasslands and along the edges of cultivated fields. They were once widespread in Ukraine, but rapidly disappeared from the nineteenth century onwards as a result of hunting and industrial agriculture.

Today stable populations remain only in the northeast of the country, although the species has been reintroduced in other areas. The marmots that have been translocated to the Tarutino Steppe, where they are protected, were bred in captivity in the north of Ukraine’s Odessa region.

Steppe marmots are an important prey species for animals such as wolves, foxes and raptors, and are also considered ecosystem engineers due to their extensive burrowing. The release follows a positive feasibility study conducted by an expert from the Askania-Nova Biosphere Reserve in southern Ukraine.

“This is the first time that steppe marmots have been translocated to the Tarutino Steppe,” explains Rewilding Ukraine Executive Director, and Danube Delta project manager Mykhailo Nesterenko. “With follow-up releases to improve genetic diversity, we hope the animals will form a stable colony within five to 10 years, and then gradually recolonise the landscape. The return of the animals will enhance local biodiversity.” 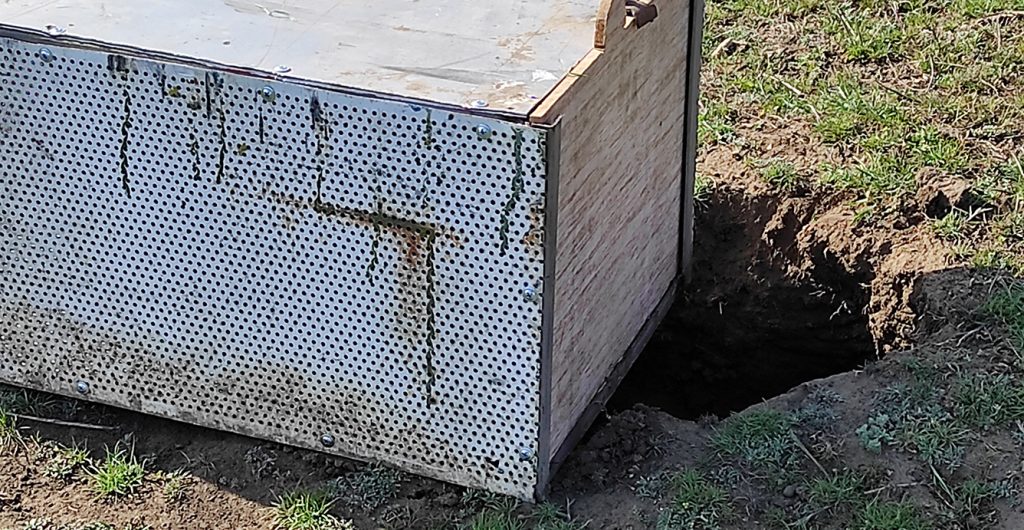 A caged marmot is placed next to an abandoned den, prior to its release. Photo: Akexey Pudovkin

Marmots, which are highly sociable, hibernate for more than half the year underground. A typical marmot family consists of one adult male, two to three females, and five or more young of different ages. A family den comprises a system of chambers, connected by burrows – when colonies become too big, some animals migrate short distances to form new colonies.

For evaluation purposes, two methods are being used to acclimatise the steppe marmots. The first is to settle them on territory with abandoned fox or racoon dog dens which they can use. The second is to make a few artificial dens for the animals to use. The most successful method will then be used for future reintroductions. These methods are based on the recommendations of Ukrainian hunters who have experience of reintroducing marmots in new areas.

The steppe marmot reintroduction is part of scaled up landscape restoration in the extended Danube Delta rewilding area, which began at the start of 2019 with funding provided by the Endangered Landscapes Programme.

Characterised by its expansive grassy plains, the Tarutino Steppe is home to many endangered species. Without human intervention, it would ordinarily be grazed by herds of wild herbivores, such as kulan, saiga antelope and deer, although these species have all disappeared, mainly due to hunting. A herd of 20 kulan were translocated to the Tarutino Steppe by Rewilding Ukraine in May 2020 as the first step in another long-term reintroduction programme, which aims to establish a viable, free-roaming herd of 250 to 300 individuals by 2035 (a herd of eight fallow deer were translocated at the same time). Their grazing will keep grass length short, benefitting animals such as the steppe marmot and souslik.

This article was originally posted by Rewilding Europe.