New footage from Turkey is showing that conservation efforts are paying off, as several Mediterranean monk seals have been spotted using one cave in the project area. These sightings provide exciting prospects for monk seal protection and future breeding in the area – a key priority for the ELP-funded Gökova Bay to Cape Gelidonya project, which has an overall aim to increase protection and resilience of the marine ecosystem and restore the seascape in south west Turkey.

The Mediterranean monk seal (Monachus monachus) is one of the most endangered marine mammals in the world and today faces many challenges which the project is working to address by enabling marine ecosystem recovery at scale in the project area. According to the IUCN Red List, the species is classified as Endangered globally and Critically Endangered within the Mediterranean. The global population is estimated at less than 700 individuals with around 100 individuals known to use the Turkish coast.

Since 2019, local implementation partner Akdeniz Koruma Derneği (AKD) – also known as the Mediterranean Conservation Society – have been working to increase their monitoring of Mediterranean monk seal populations. Their monitoring contributes important knowledge on the species’ use of coastal caves, and the number of individual seals using parts of the project area along the Turkish Mediterranean coastline. 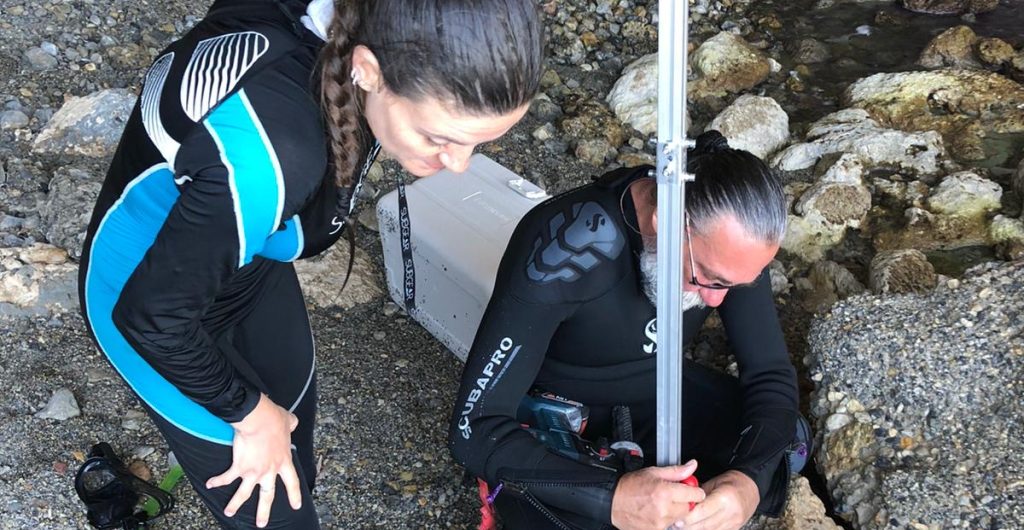 Setting up a pole for a camera trap in a cave, as part of monk seal monitoring efforts. Photo: ©Zafer Kızılkaya

Coastal caves are essential habitats for monk seals but are under pressure from coastal development and human disturbance, with negative effects on the availability of these habitats for monk seals to haul out of the water to rest and raise their pups. Camera trap monitoring by AKD has now expanded to 14 caves with funding support from the Endangered Landscapes Programme.

The image captured below in January 2021 by one of AKD’s camera traps shows five individual seals using one of the monitored caves. This is the first time AKD have recorded three female adults and two pups together in a single cave since their Mediterranean Monk Seal Monitoring Programme began in 2016. This recent count of a large number of individual seals follows successful restoration work of a different cave completed as part of the current project, which involved constructing an artificial seal platform in a flooded cave which has since recorded the first use by a monk seal. 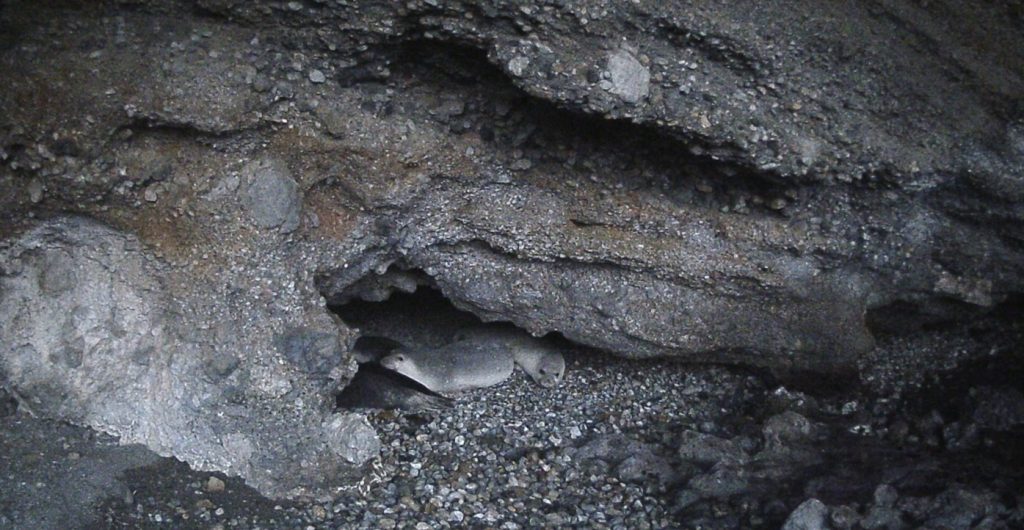 The monk seal monitoring fits into the broader project plan of coastal protection and follows the recent expansion of Marine Protected Areas (MPAs), including full No Fishing Zones (NFZs), designated by the Turkish Government in August 2020 following tireless conservation efforts from AKD. Their growing marine ranger patrol system for the surveillance of NFZs also places focus on the effective management of these NFZs. Monk seals play an integral role in ecosystems as marine predators, and this new sighting provides hope that the ongoing recovery of prey species will continue to support these seal populations.

Monk seal females can give birth in the caves in successive years and the pupping season generally occurs from late summer to early winter, with a peak in October and November on the Turkish coasts. Thanks to AKD’s ongoing efforts, monk seal sightings continue to increase in Gökova Bay and the team are hopeful their conservation and restoration efforts will result in an increasing number of pups in the 2021/2022 season.

The seal cave restoration work is co-financed by the Prince Bernhard Nature Fund.

For more information about this project, please visit the Gökova Bay to Cape Gelidonya project page.