In late 2020, Rewilding Portugal (a project partner in the ELP-funded Greater Côa Valley project) launched the release of a new documentary to highlight the restoration efforts taking place in this exceptional landscape. The 21-minute film, shot by Portuguese wildlife filmmaker João Cosme and titled “Rewilding: a new path for nature in Portugal”, was shown at a launch event in late November 2020, at the Culturgest culture centre in Lisbon. It was enjoyed by around 50 people, including members of Portuguese NGOs and various national agencies, business and media partners, politicians and philanthropists.

You can watch a trailer of the documentary below:

“This is the first film produced in Portugal, by a Portuguese filmmaker, about the rewilding work of Portuguese organisations,” says Marta Cálix, Project Manager at Rewilding Portugal. “By achieving greater recognition and understanding of the rewilding work being carried out by Rewilding Portugal and our partners, as well as the philosophy and vision behind rewilding, we can generate more support for our own efforts and inspire more Portuguese people and organisations to become involved in rewilding.”

With support from the Endangered Landscapes Programme, restoration and rewilding efforts have been scaled up in the Greater Côa Valley since 2019. Working with a range of local partners, the project is strengthening a 120,000-hectare wildlife corridor between the Malcata mountain range and Douro Valley, restoring natural processes and trophic chains, encouraging wildlife comeback, and driving the development of nature-based tourism. 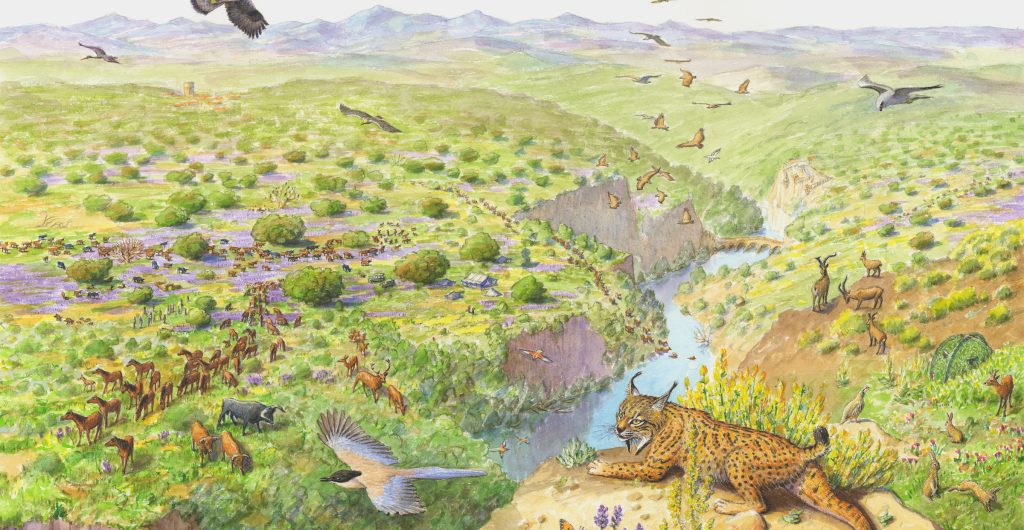 The new documentary uses a combination of stunning videography and insightful narration to relate these landscape-scale restoration efforts to viewers. It features interviews with a number of people involved, including Duarte Cadete, a biologist responsible for detecting the presence of wolves with his dog Alice, Carlos Pacheco, a raptor expert working for Portuguese project partner ATNatureza, João Carvalho of the University of Aveiro, who has overseen roe deer monitoring work south of the Douro River, and of course Rewilding Portugal staff.

Filming for the new documentary began in May 2020, with production taking around four months. Much of this time João Cosme spent in the field. “I think we managed to capture both the beauty of Portuguese wild nature and the rewilding efforts that are already underway,” says the filmmaker. “I’m really happy with the final result. The most important thing is to send a message that rewilding is necessary. It offers a hopeful way forward, for man and nature, both in Portugal and farther afield.”

Watch the documentary in full

To find out more about this project, please visit the Greater Côa Valley project page.