Perseverance in a pandemic: a fieldwork update from Polesia

By Dr Adham Ashton-Butt, Senior Research Ecologist at the British Trust for Ornithology (project partner in the ELP-funded Polesia project)

It’s hard to believe that earlier this year, in March, we were busily preparing for our first full field season of the Polesia: Wilderness without Borders project. We were attending long meetings and drawing out detailed plans of field research logistics, in a project area the size of England. It was stressful, but there was the excitement of the upcoming several months to look forward to, which would be spent largely outside, doing what I do and love best: collecting data in the field. 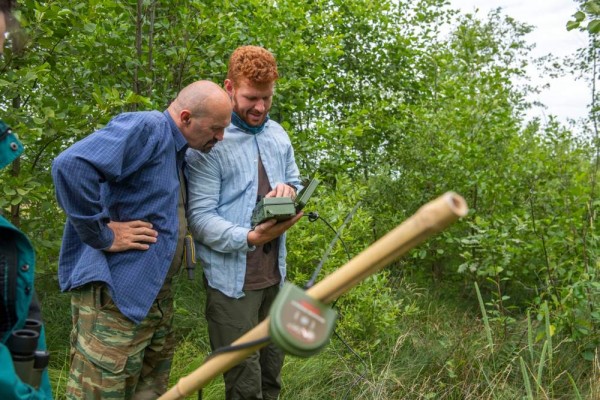 Amongst other things, I was going to be leading teams deploying acoustic (sound) recorders to survey for bats, small mammals and nocturnal birds, setting insect traps in expansive near-pristine wetlands and deploying GPS tags on Greater Spotted Eagles.

And just as I was preparing to leave for my trip…well, you all know what happened. Travel plans were cancelled due to the coronavirus pandemic, and we frantically drew up plans to keep the research going remotely. Instead of getting excited over waking up to the explosive song of thrush nightingales and being lulled to sleep by burring corncrakes, I was drawing up detailed manuals and schedules of when equipment would be deployed, by whom and where. All from my bedroom/home office, and all under the uncertainty of whether any research would be able to take place at all.

Luckily, due to the laws in Belarus and Ukraine, the remoteness of the fieldwork and the dedicated in-country field teams, our hard work was not in vain and – after a slight delay – fieldwork began! 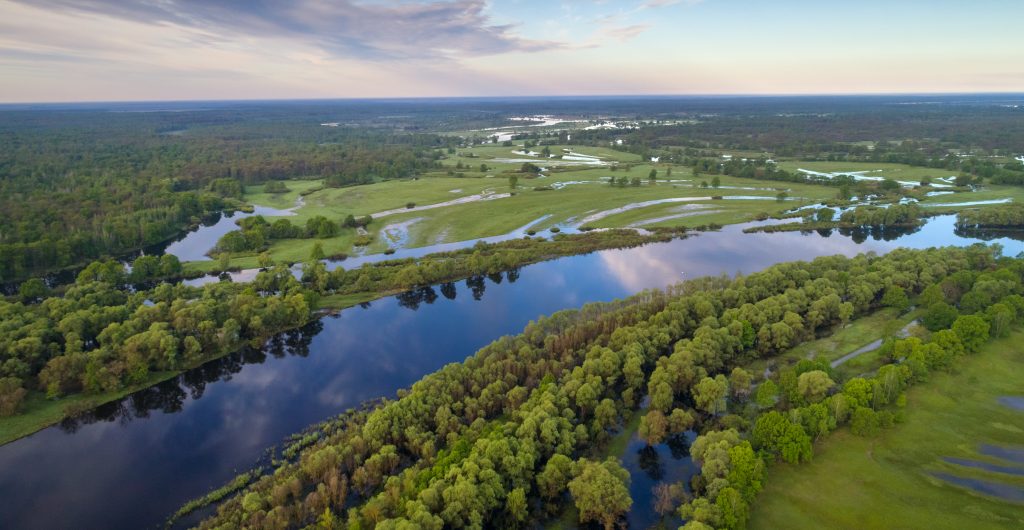 Polesia, often known as the ‘Amazon of Europe’, is one of Europe’s last remaining wildernesses. Photo: Viktar Malyshchyc.

This multinational, multi-partner project, funded by the Endangered Landscapes Programme and led by Frankfurt Zoological Society (FZS), aims to boost conservation efforts in the huge wet lowland region of Polesia. Polesia spans the border region of southern Belarus and northern Ukraine and contains the largest national park in both countries: the Chernobyl Exclusion Zone. The Exclusion Zone is an amazing example of how quickly nature can recover; the area now boasts unparalleled densities of Wolves and has been recolonized by Lynx, Elk and White-tailed and Greater Spotted Eagles, which now thrive there.

The Exclusion Zone is by no means the only part of Polesia to shout about, however, and until recently it was considered a degraded part of the region. Alongside the neighbouring Białowieża Forest and Carpathian Mountains, Polesia is one of the few remaining truly “wild” areas left in Europe and is also one of the largest. It provides unparalleled space and habitat for wide-ranging animals to flourish.

As with many of Earth’s wild places, Polesia’s habitats are under severe threat from human activities. Alongside increased wildfires caused by climate change and the expansion of intensive agricultural and forestry practices, Polesia is threatened by a huge infrastructure project: the E40 waterway. This massive man-made canal would stretch from the Black Sea to the Baltic, severing Polesia in half and disrupting the hydrology of one of the last remaining natural floodplains in Europe. Furthermore, this project involves dredging large stretches of the river running near the Chernobyl Exclusion zone, with potential negative consequences as radioactive sediments from the accident are churned up. 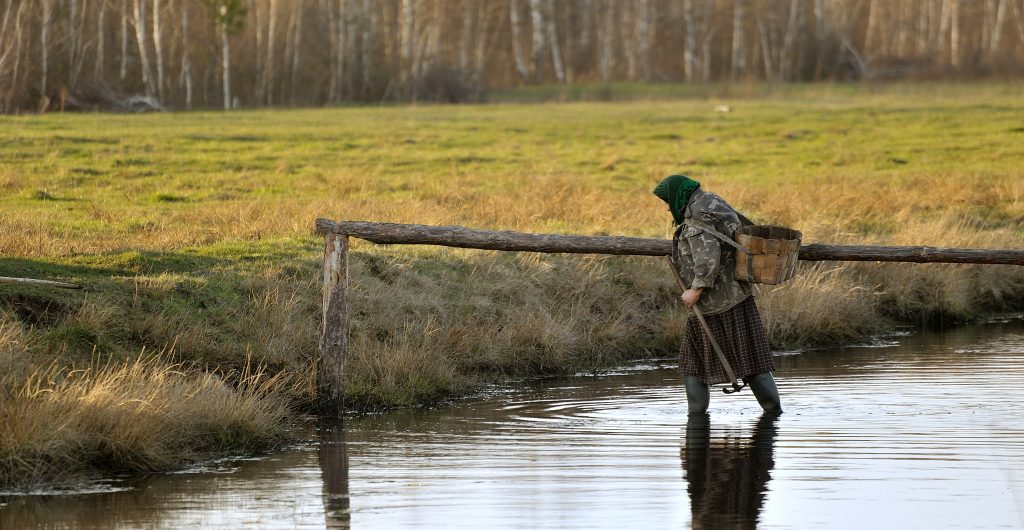 We hope that research led by BTO and the conservation efforts by our partner organisations FZS, APB (Birdlife Belarus) and USPB (Birdlife Ukraine), will lead to strengthened protection of large swathes of the most important areas for biodiversity in Polesia. A large proportion of the research and conservation efforts are focused on one of the most special places in Polesia: the 100,000 ha Almany mires –  a remote and relatively untouched bog (that’s about the same size as Hong Kong). In the summer months it is home to breeding aquatic warblers, terek sandpipers, golden plover, ducks, raptors, bats, small mammals and millions of insects (mostly biting, from personal experience). In the winter it is a vast expanse of ice and snow which draws in hungry wolves and lynx searching for roaming elk and deer. Almany mires will provide the heart of a one million-hectare UNESCO World Heritage Site bid and a new national park. This, alongside other new national parks will make it more difficult for any damaging infrastructure and development projects to be undertaken.

As part of this research, over the summer months, local researchers deployed acoustic recorders to survey wildlife in over 400 points over the project region, resulting in a combined survey effort of over 16,000 hours. The huge advantage of surveying using this method is that to achieve similar temporal coverage using traditional methods (e.g. through mist netting or point-counts), we would have needed a small army of highly-skilled field-staff. There are very few countries (if any), however, that have such a skilled and dedicated citizen-science cohort. The main upcoming challenge will be to analyse all the acoustic data. This research is the largest systematic survey ever conducted in the region and will provide pioneering data on the distribution and composition of wildlife in Polesia. 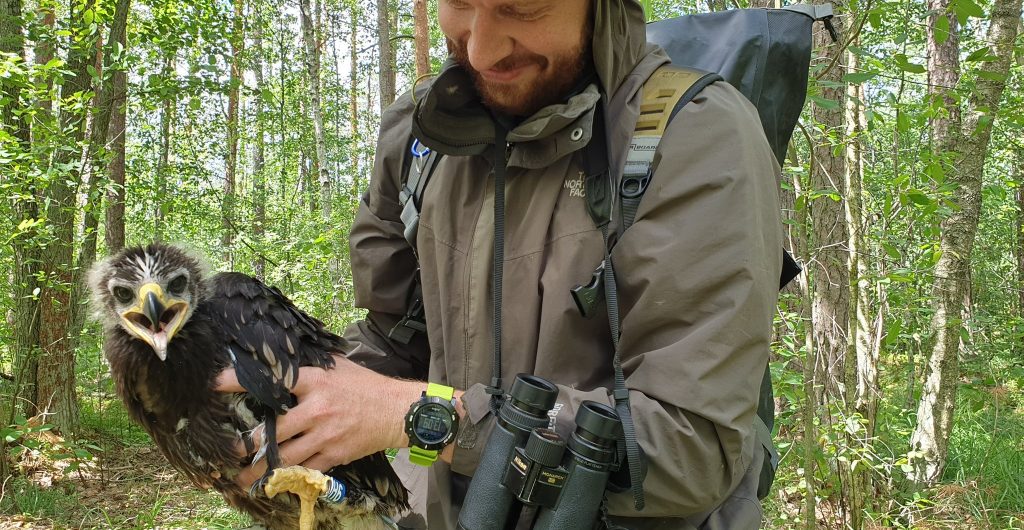 The project hopes that by GPS-tagging greater spotted eagles, they can better understand their decline and recovery in the landscape.

We also GPS-tagged a further six greater spotted eagles in July (now totalling 21 birds), including the first four in the Chernobyl Exclusion Zone, and fitted cameras to 15 nests of our tagged birds. With these data, we hope to find out why this species is declining in the region and what resources it needs to reverse these declines. So far, adult mortality seems to be very low, so it is likely to be a problem with breeding success or juvenile mortality.

By learning more about the ecology of this wild region, we can try and unravel what ecological processes are missing in the degraded landscapes. These findings can inform restoration projects in countries that have destroyed much of their biodiversity, and be used to try and reverse the shocking declines seen in the last century. Contributing to building knowledge and conservation action in one of Europe’s last remaining wildernesses could not be more important in an age of biodiversity and climate crisis.

To find out more about this project, please visit the Polesia project page.

A version of this article first appeared on the British Trust for Ornithology’s website.