In the third of the rewards of nature restoration guest article series, Felipe Gonzalez Sanchez tells us about the benefits of restoring post-industrial landscapes.

Restoring nature is a marvellous thing. It’s great for wildlife, of course, but it’s also highly beneficial to human beings. My name is Felipe Gonzalez Sanchez, and I would like to tell you about a restoration project I worked on as a conservationist that brought great social benefits to the local population. It’s called Eco Astillero XXI.

El Astillero is a town in Santander Bay in Cantabria, northern Spain, known for its shipyard (“astillero” is the Spanish word for shipyard). It is also surrounded by marshes, which are ancient nesting grounds for migratory birds. Throughout the 20th century, these marshes suffered immense damage. Mining for iron, and the deposit of excess sediments, completely wrecked the landscape. On top of that, auxiliary industries were occupying land along the estuary, and after the mines closed down; the ancient marshes were taken over by invasive, non-native plants such as eucalyptus and pampas grass.

The place was in an appalling state. And it was completely inaccessible to the local population.

At the turn of the century, El Astillero’s young mayor wanted to do things differently. He wanted to restore the degraded landscapes, and create a large public space for all to enjoy. That idea would become the Eco Astillero XXI project: a new, sustainable future for a new century. The project is run in partnership by El Astillero and SEO/BirdLife, the nature protection NGO for which I work. 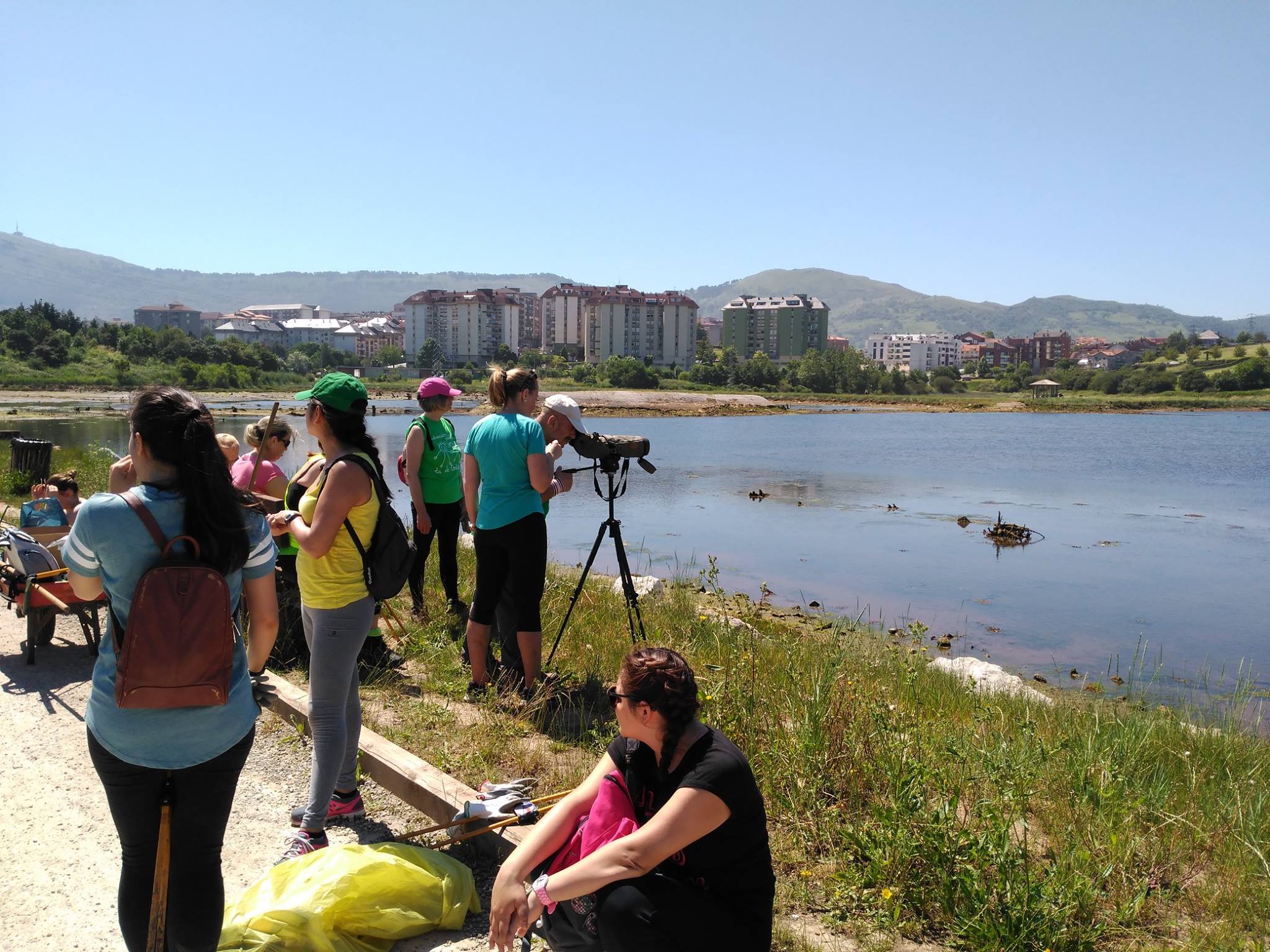 We restored 60 hectares of heavily degraded land. We removed invasive species such as pampas grass (Cortaderia selloana), restored the intertidal area by opening seawalls, created new lagoons, removed landfills, built a network of twenty-five ponds, and re-planted native vegetation. In total, we planted 40,000 trees! We also created a 21km-long network of trails and bike lanes. The project started in 1999, and we’re still maintaining the site today.

As you can see, it was a lot of work! But it was well worth it: what used to be an inaccessible and degraded landscape in a crowded city is now a lush green space for everyone to enjoy. It’s hard to overstate how important it is for people to have nature in their lives – for both their mental and physical health. Today, people are walking, cycling, picnicking, and just enjoying nature! I think that everyone who experienced the lockdowns during the COVID-19 pandemic knows how precious it is to have access to nature near your home.

The Eco Astillero XXI project benefits the community in various ways. Thanks to the regional government’s funding, every year, unemployed people are hired to work on the site: removing invasive plants, digging ponds, planting trees, setting up nest boxes, and more. The project has employed 560 people so far! 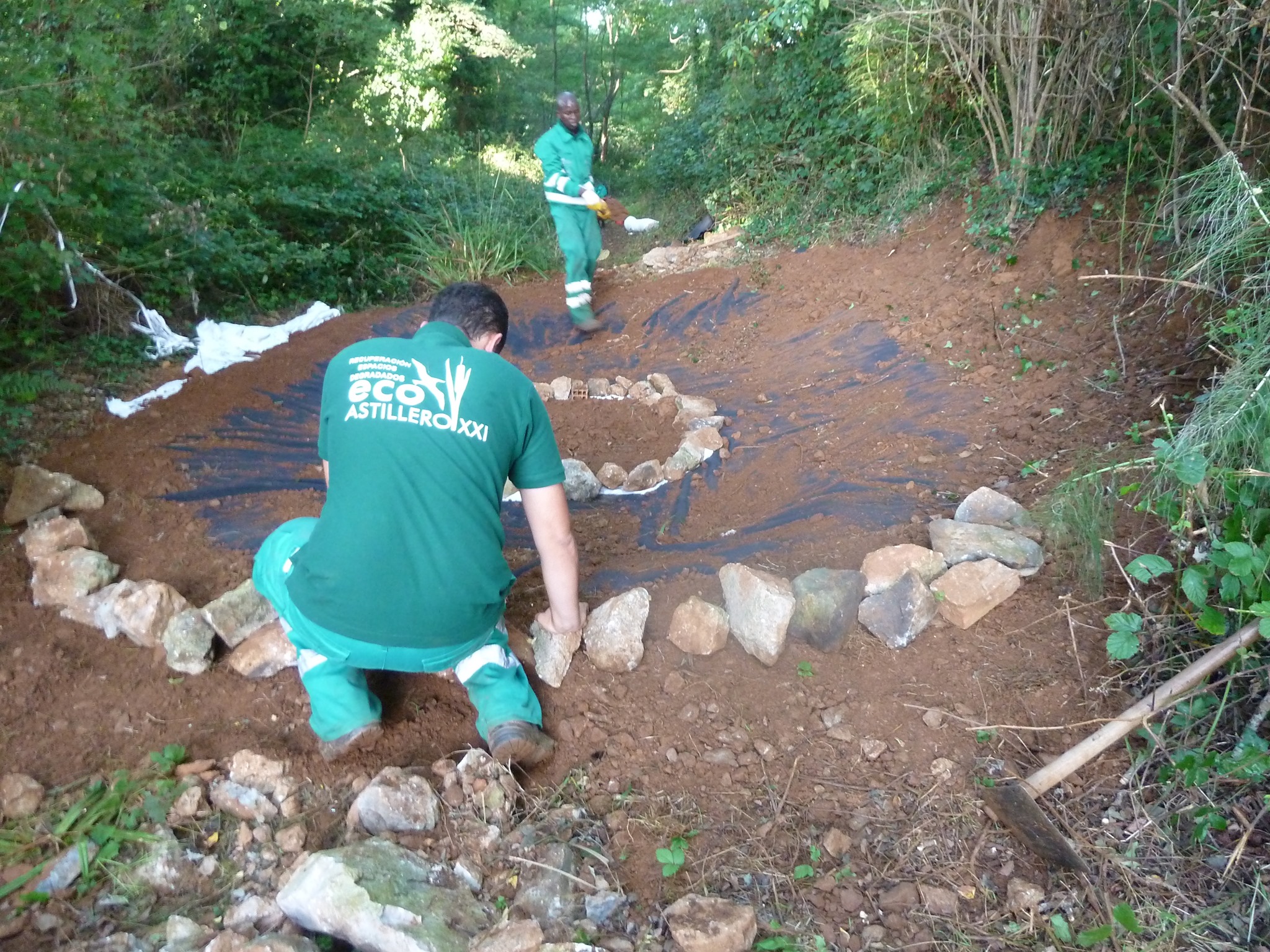 Another great benefit is that people’s interest in biodiversity is growing. I am noticing more people with cameras and binoculars every day. In fact, we host an annual photography contest focusing on biodiversity which attracts over 100 participants each year.

Regarding biodiversity, one of our greatest successes has been creating a new colony of Common Terns (Sterna hirundo). They started breeding in 2011 in rafts that we created for them. During the breeding season, you can watch them from all over the world thanks to the webcams that we’ve set up. We keep seeing new species coming to El Astillero, such as otters or even the Glossy Ibis (Plegadis falcinellus). What’s more, the ponds we dug now house seven different amphibian species: three newt and four frog.

I hope that our success with Eco Astillero XXI inspires other post-industrial cities to make space for nature; and inspires the European Commission to fund such projects. There’s enormous potential to increase people’s quality of life, create jobs, and heal nature in the process. Moreover, our experience has shown that nature restoration could be achieved with a relatively modest budget, compared to the benefits it generates.

I would like to thank everyone involved in making Eco Astillero XXI come to life, and keeping it up and running today: the people of El Astillero municipality and SEO/BirdLife. I also want to thank our funders: the Cantabrian regional government, the national authorities, the European Union’s LIFE programme as well as local private funders.

As a conservationist, I feel truly privileged to have had the opportunity to take part in this project, and to be able to see its brilliant results for both wildlife and people. 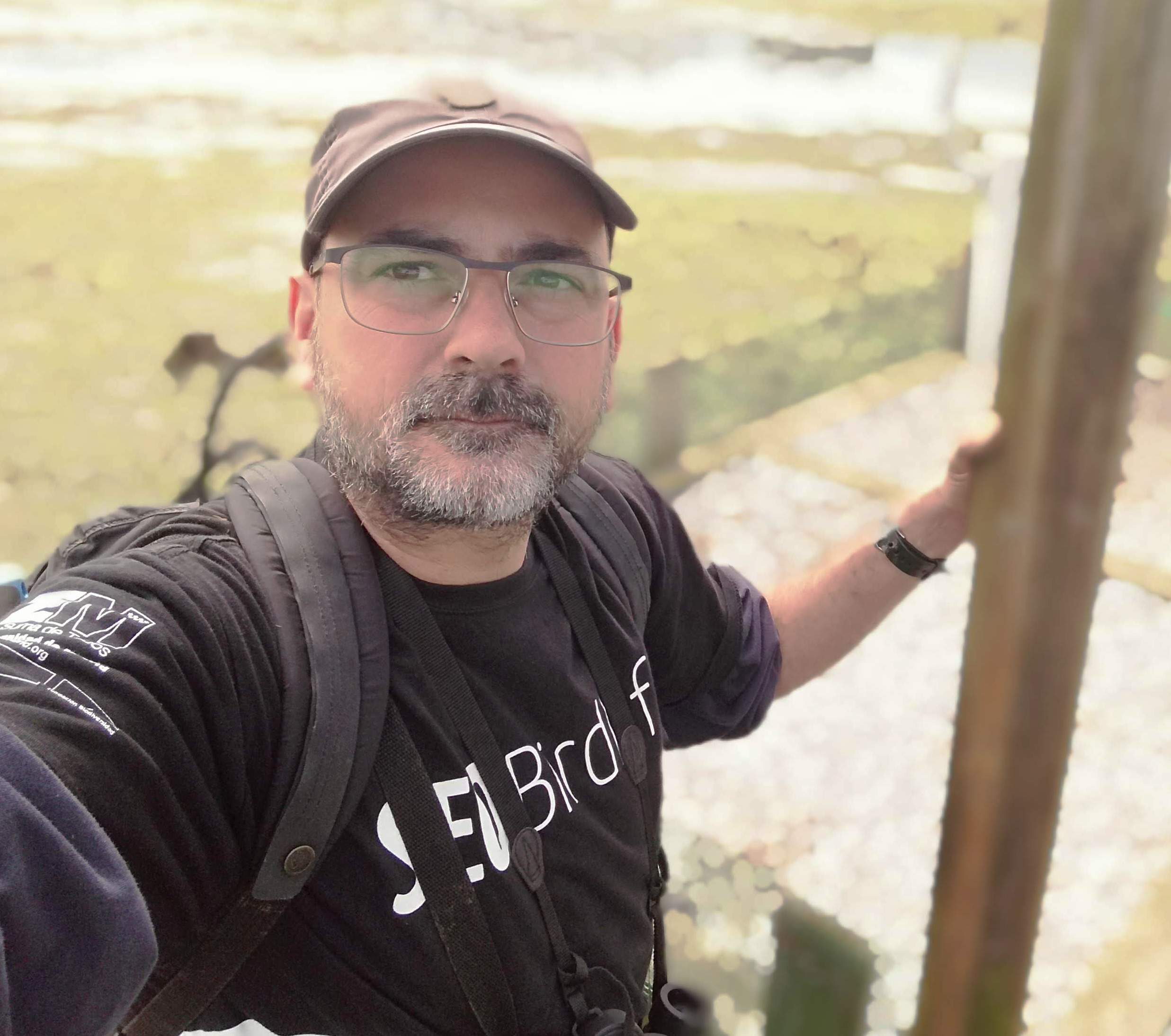 The story of Astillero is unique, yet at the same time it’s one of many projects where nature restoration is providing great social benefits to local populations.

The restoration of the marshlands in Le Bine natural reserve in northern Italy consisted, in part, of recovering an area that was previously used for intensive agriculture. Today, Le Bine runs an educational programme with local schools to teach children the benefits of nature-friendly farming.

Fen Drayton Lakes, in the UK, used to be a sand and gravel extraction site. In 1992, the mining ceased and the quarries were flooded. Today, the place is full of life: it’s a complex of lakes, lagoons and ponds, where wildlife can be found all year round – otters, dragonflies, and many different birds. It’s a wonderful place to forget about your worries and just bond with nature. There’s so much to see, the place has become an eco-tourist destination! Bring your binoculars: great crested grebes (Podiceps cristatus), eurasian bullfinches (Pyrrhula pyrrhula) and eurasian hobbies (Falco Subbuteo) are waiting for you.

The Carpathia project, funded by the Endangered Landscapes Programme, set in the dramatic landscape of Romania’s Făgăraș Mountains, aims to create a world-class wilderness reserve to both protect local wildlife and some of Europe’s last remaining virgin old-growth forest, while restoring habitat and wildlife populations that have been lost due to unsustainable logging, hunting and over-grazing. The project is working closely with local communities to monitor human-wildlife coexistence, with teams on-the-ground working to prevent and respond to conflicts for example by installing electric fences to deter bears, translocating problem animals away from villages and providing shepherds with traditional guard dogs. They are also creating tangible economic benefits by supporting the development of nature-based enterprises, including ecotourism, sustainable forestry and food production – benefiting the local economy and the landscape.