The endangered Portuguese Iberian wolf (Canis lupus signatus) is in a precarious position. In addition to habitat loss, low connectivity between packs and conflict with humans, a lack of prey continues to hinder population recovery. Wolves who are unable to find sufficient quantities of natural prey are also more likely to target livestock, which can lead to further problems and conflict. 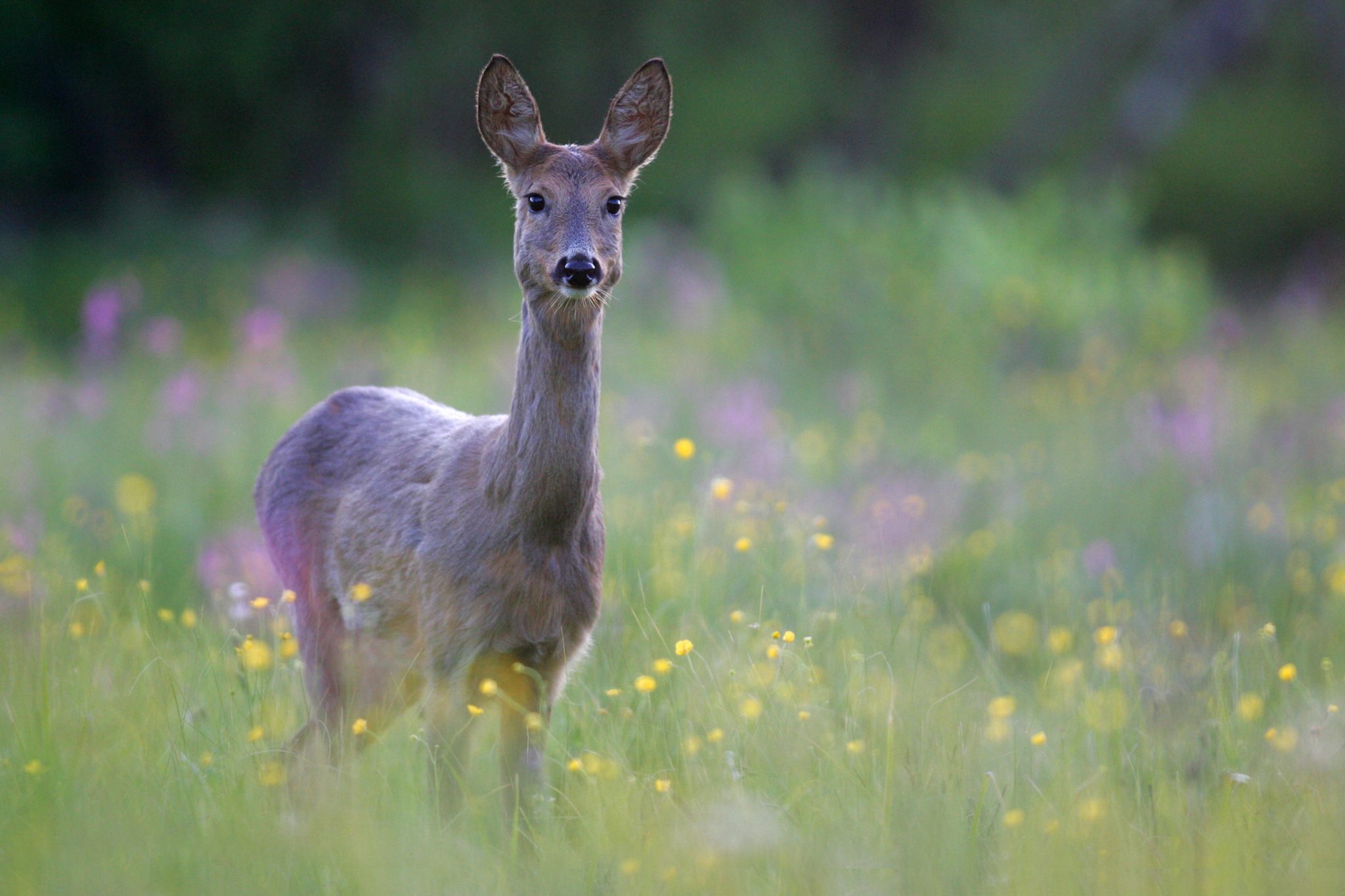 Studies have already shown that given a choice, Iberian wolves (a sub-species of grey wolf) prefer to prey on wild ungulates such as roe deer and wild boar, rather than livestock. The LIFE Wolflux project, which kicked off at the beginning of 2019 and is co-funded by the Endangered Landscapes Programme, aims to promote the coexistence of people and wolves in northern Portugal’s Greater Côa Valley. To achieve this, one of this project’s objectives is to assess roe deer density south of the Douro River.

Monthly surveys of roe deer south of the Douro since the beginning of June. The programme is set to run until March 2020, at which point the data collected will be fully analysed and compiled into a report.

The results of the roe deer surveying will highlight the areas where the animals need most support. Such measures could include habitat improvement, enhancing connectivity between deer sub-populations and improved game management, as well as targeted reintroductions and anti-poaching patrols. These will ultimately increase deer populations and provide more natural prey for wolves. 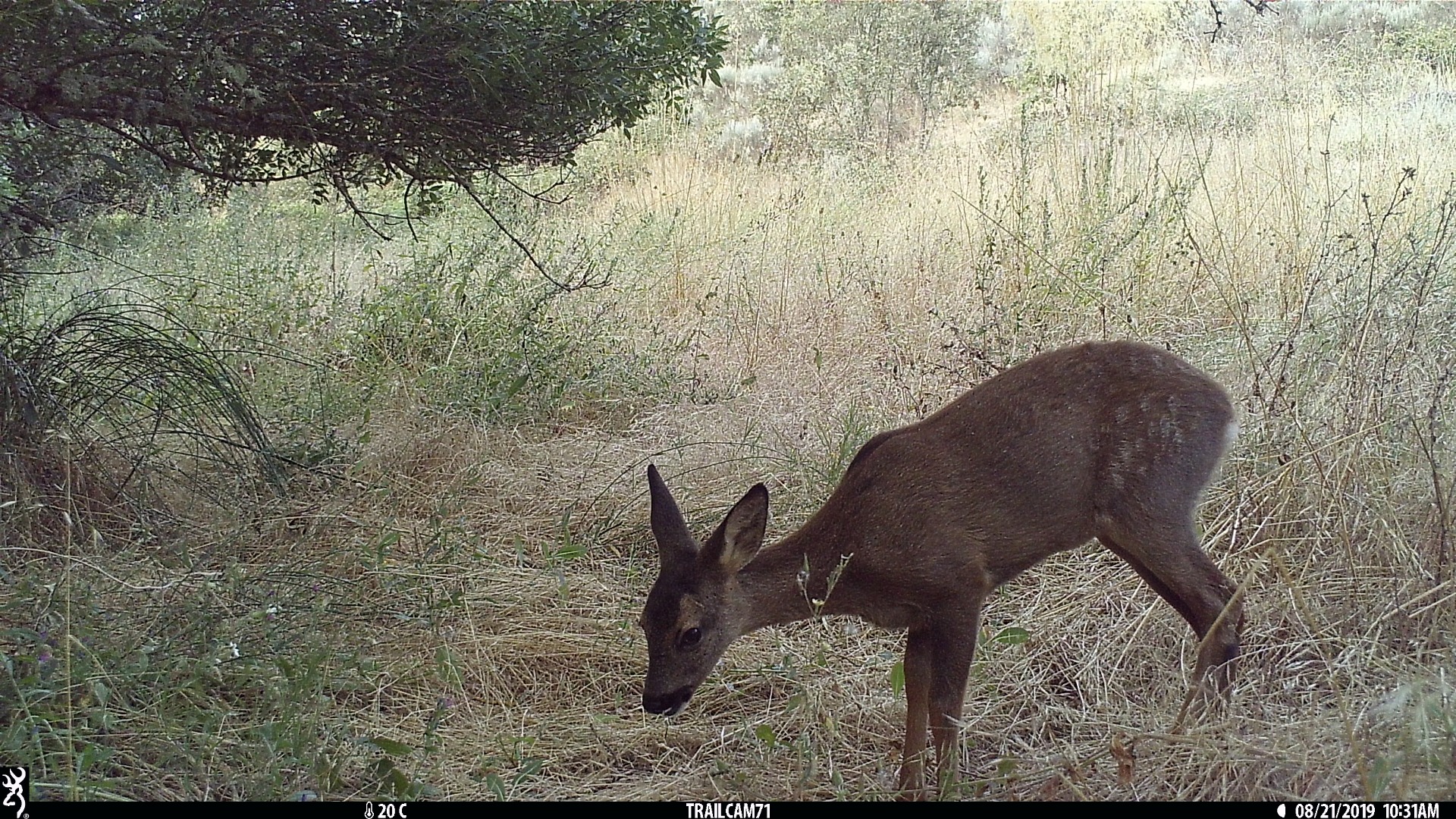 “We currently lack data on roe deer abundance and distribution in the study area,” explains Dr. João Carvalho of the University of Aveiro, the organisation heading up the monitoring work. “In addition to enabling better management of the species, results will help us to identify suitable sites for possible reintroductions. Management schemes should be preceded by debate among different stakeholders to increase the acceptance and effectiveness of any proposed measures.”

So far surveying work has taken place at six different sites. Covering a total area of 5000 km2, these have been characterised by different habitats and levels of human presence. Deer density is assessed by installing temporary camera traps and collecting droppings present in specifically sized transects.

A map showing the area which be covered by the roe deer survey work. Credit: Rewilding Europe.

While it has yet to be fully processed, the survey data collected so far indicates roe deer are present throughout the sampling area at varying densities, and demonstrate a preference for wooded habitat dominated by well-developed deciduous trees.

The work of the surveying team has also revealed the presence of wild boar across the sampling area, and a considerable diversity of medium-sized carnivores, such as red fox, weasel, genet and badger.

Funded by the European Commission and the Endangered Landscapes Programme, the aim of the LIFE WolFlux project is to promote the coexistence of people and Iberian wolves in the Greater Côa Valley. Project partners are now working to identify the main threats to the local wolf population to secure its long-term viability and boost animal numbers.