The Next Generation of Protected Areas in Polesia

In central Polesia, one million hectares is already protected. This network of protected areas includes three national parks and several nature reserves and sanctuaries. In both Belarus and Ukraine, the Chernobyl Exclusion Zone – established after the Chernobyl nuclear disaster in 1986 – is largely uninhabited by people. This area now provides a refuge for many species, in particular large mammals like moose, lynx, wolf and bear. Nevertheless, many of the landscape’s most valuable areas for nature remain unprotected, while existing protected areas are often up against shortfalls in budget and capacity for effective management.

The ‘Polesia – Wilderness without borders project’, with funding from the Endangered Landscapes Programme, works to protect biodiversity and re-establish connectivity between habitats for migrating wildlife in Polesia. This is achieved through support to protected areas; the establishment of new protected areas; or through the enlargement of existing ones, on 100,000 hectares of currently unprotected wilderness. These efforts bore fruit with a 10,000 ha expansion of the Almany Mires Reserve in Belarus in 2021. Almany now spans 104,000 ha (roughly the size of Hong Kong) – securing Europe’s largest intact transition mire.

Their approach to protected area expansion is driven by science. In close partnership with protected area authorities and national scientific bodies, they plan and implement large-scale, rigorous surveys across Polesia. This work includes mapping high conservation-value forests, and field camps to identify key sites for biodiversity. Camera traps are also used to survey large mammals to better understand their abundance, population dynamics and connectivity across the landscape. The project further aims to increase international awareness of the core area of Polesia by nominating it for recognition as a UNESCO World Heritage Site and Biosphere Reserve and through the establishment of cross-border Ramsar sites.

Dr. Tatiana (Tania) Kuzmenko, from the Ukrainian Society for the Protection of Birds (USPB, BirdLife Ukraine), is the regional coordinator of the ‘Polesia – Wilderness without borders’ project in Ukraine. She plays a key role in overseeing protected area expansions and nominations across the project area. We speak to Tania about her work and exciting upcoming developments for the protected areas of this part of Polesia.

What does your work as regional coordinator entail?

Tania: In my role as the regional coordinator I develop a basis for the expansion and improved management of protected areas. I oversee project implementation by field research experts; organise biodiversity monitoring to collect data that guides the expansion of the protected area network; support the creation of a conservation network (protection for nests and breeding sites in forestry zones); and submit nominations for the creation of new Emerald Network sites.

Tania: Polesia is a unique region, in particular in Ukraine, in terms of conservation of wild natural areas. It is one of the most valuable natural landscapes in our country. The region mitigates global climate change through the many benefits of its well conserved rivers, wetlands, mires and forests. Currently, a significant number of valuable and unique natural territories are outside of the Emerald Network of Areas of Special Conservation Interest and others lie beyond the boundaries of protected areas. These natural landscapes are threatening to disappear due to threats such as clear-cut, industrial logging and amber mining. Therefore, it is very important to take these areas under the protected area ‘umbrella’ as soon as possible to give them legal protection. After this first step, we need to continue our efforts to ensure that parks on-the-map are also adequately protected on-the-ground.

How do you go about deciding how and where protected areas should be expanded?

Tania: We have identified high conservation value areas for biodiversity outside the existing protected area and Emerald Site networks. These high conservation value areas are mapped and analyzed, allowing us to identify selected areas of significant conservation value that need to be included in the protected area network. In particular, we look for the nesting sites of rare species – thus far we have identified 119 breeding sites of the common crane and 50 of rare owl species, amongst others, which require improved protection. To detect these species, and to better understand the space they require to thrive, we conduct special surveys, using tools including acoustic monitoring and camera trapping. So far nomination forms for 13 new proposed Emerald Network sites have been submitted to the Bern Convention committee for approval; while we are also expecting a presidential decree on the creation of the new Pushcha Radzyvila National Park (24,000 hectares). 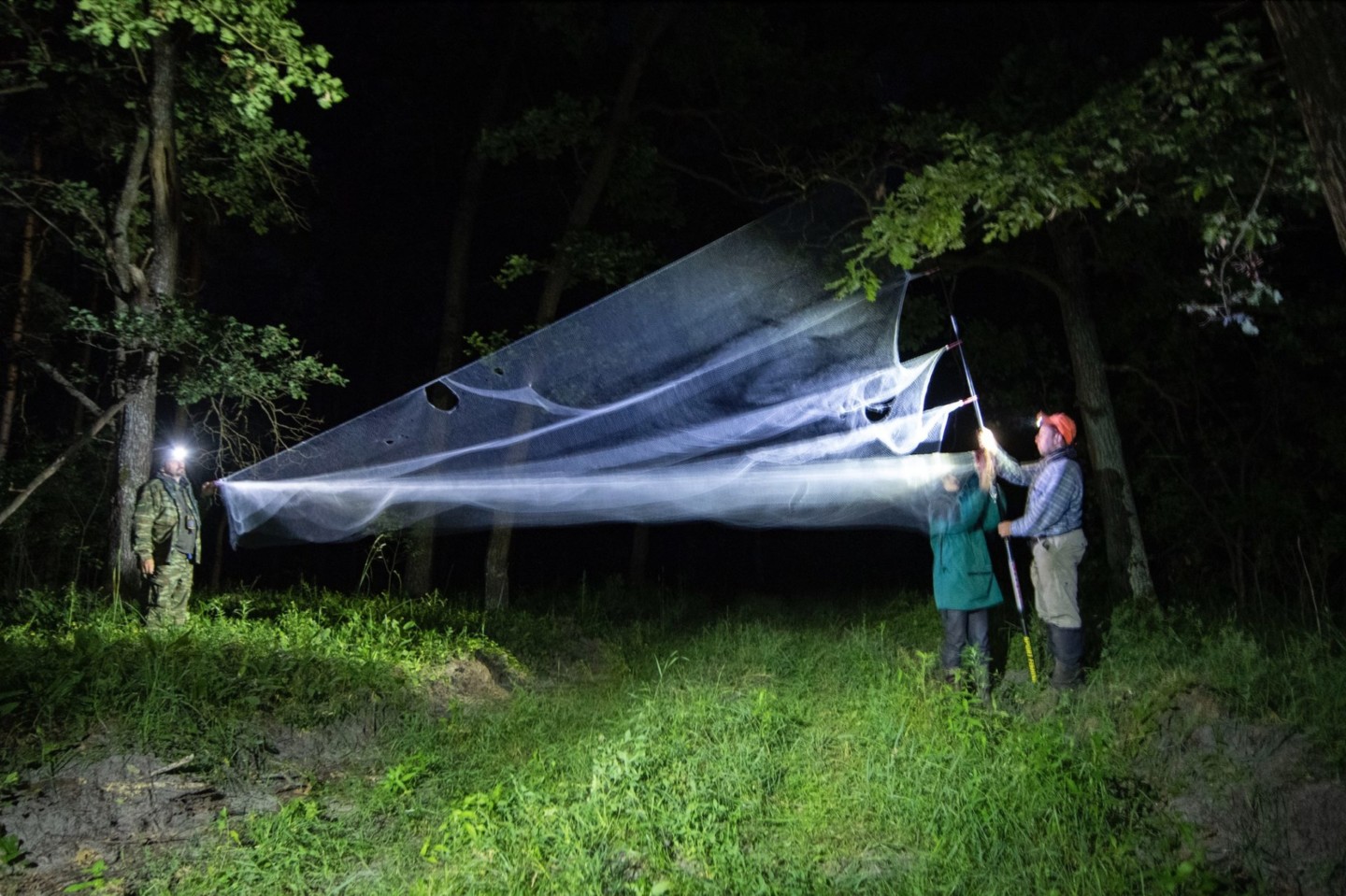 What are the most exciting results that are on the horizon for the project’s work on protected area expansion in Ukraine?

Tania: For me this would be the initiative of local communities to create the Slovechansko-Ovrutskiy Kriazh National Park in Polesia. The creation of this protected area is a grassroots initiative from the local people, who want to have this national park and develop tourism in the area. This desire is manifested in concrete actions – restoration efforts have been launched by individual communities using their own resources, and the development of future tourist routes is already underway. There is no park yet, but people are already considering building the park office. USPB, as part of the ‘Polesia – Wilderness without borders project’, have been asked by local communities to support this process by preparing a package of documents to submit to the relevant authorities for the creation of this park.

What do you see as the ‘next generation’ of parks in the Ukrainian part of Polesia?

Tania: My hope is that in the future the national parks and nature reserves of Polesia will rise to a higher level of management, with ecotourism expanded and developed in a nature-friendly way, so that these areas will be comparable to standards elsewhere in Europe. I believe that this vision is achievable, in particular thanks to the support of our project. Protected area staff are gaining experience in modern research methods like acoustic monitoring, camera trapping, the latest techniques for processing and analysis of large datasets, and the use of Geospatial Information Systems. Existing protected areas in Ukraine are currently in difficult financial conditions, the project ‘Polesia – Wilderness without borders’ has provided equipment to enhance nature conservation activities. By being involved in such an international project, protected area staff are gaining valuable experience in effective park management.