Why we need wetlands

The world’s wetlands are disappearing three times faster than its forests, with 90% lost since the 1700s. Wetlands are a hugely undervalued and overlooked ecosystem, yet they play a crucial role in water purification, flood and drought mitigation, as well as providing a home for wildlife and people. While forests are often attributed to carbon storage in tackling climate change, peat wetlands can store huge amounts of carbon. Despite making up only three per cent of the world’s surface, peat wetlands alone account for a third of global carbon storage.

The Endangered Landscapes Programme funds several projects which are focused on restoring and re-wetting peat and wetland, including Planning Projects in Belarus and Iceland, as well as the vast wilderness of Polesia which stretches across Belarus and Ukraine. Below we share an update from the Polesia project, led by the Frankfurt Zoological Society (FZS), and the progress they have made in their first wetland restoration site: Neresnia mire.

Polesia is Europe’s largest wetland wilderness and greatest floodplain region. Some of the continent’s last ‘wild’ rivers meander across the landscape, through a vast patchwork of carbon storing peatlands and forests, islands, lakes, bogs and wet meadows. Stretching across Belarus and Ukraine, spreading into Russia in the East and Poland in the West, Polesia covers more than 18 million hectares – about half the size of Germany. This is crucial habitat for struggling wildlife. The area harbours 60% of the world’s remaining aquatic warbler population and is the most important breeding ground west of Russia for the globally threatened greater spotted eagle. Hundreds of thousands of migratory birds stopover in Polesia each year to rest, feed and breed while large mammals – such as wolf, lynx and European bison – occur in significant numbers.

With funding from the Endangered Landscapes Programme (ELP), the Polesia project is working to secure this rich natural heritage. By gaining a better understanding of the abundance and connectivity of the area’s wildlife, their team is mapping priority sites. They are working with partners in Ukraine and Belarus to identify and establish new protected areas, and expand existing ones with the aim to create a contiguous network covering over 1 million hectares of ecologically functioning landscapes, including wetlands. Recognising Polesia’s global importance, the project is working on a UNESCO World Heritage Site and Biosphere Reserve nomination and driving the establishment of a cross-border Ramsar Site in Polesia. The project also provides equipment and technical support to local authorities to improve the management of protected areas. 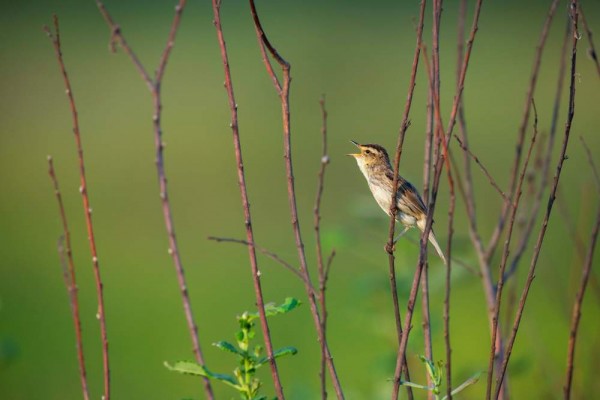 While protection of intact wetlands is important, their degradation often means that we need to go a step further. Degraded wetlands, and their vital ecosystem services, need to be brought back to life and restored. Although much of Polesia’s wetlands remain largely intact and undamaged, some areas have been altered. Over the lifetime of ELP funding, the Polesia Project plans to restore over 6,000 hectares of mires and floodplains that were drained at the beginning of the last century.

Work has begun at the project’s first restoration site: Nerasnia in Belarus. Neresnia is a degraded transitional mire, part of the Wetland Topilovskoye, covering around 2000 hectares. This mire has been significantly altered by drainage channels and fires; these drainage channels will now be blocked to re-wet the mire. Monitoring hydrology, vegetation and invertebrates will also help the project assess and adapt their restoration efforts.

For more information about the Polesia project, please visit their project page..

A version of this article first appeared on the Wild Polesia website.