Working with policymakers to restore the Iori River Valley

The Iori River Valley, and the gallery forest which stretches along the valley, are integral parts of southeast Georgia’s steppe ecosystem. The gallery forest which runs along the riverbed acts as a wildlife corridor, providing breeding sites and core habitat for many species, but the steppe areas have been subjected to over-stocking with livestock – whose overgrazing causes soil erosion. Despite the degradation, the landscape is relatively intact, and connectivity to other areas in the Caucasus biodiversity hotspot offers an opportunity for restoration.

Laying the ground work for advocacy

The process of restoration work by local partner organisation SABUKO has involved lobbying and advocacy work engaging with government officials to secure protections for the landscape. This engagement has seen SABUKO actively advocating for improving legislation supporting sustainable land resource management. Their advocacy started out with an analysis of existing legislation, as a result of which they identified gaps and shortcomings and prepared a policy brief with recommendations which was shared with relevant decision-makers and authorities on the issues.

At the outset of this advocacy campaign one issue was a large non-agricultural plot which had been used illegally for grazing for years. The plot had all the right criteria for agricultural land status, so SABUKO approached the agency of protected areas to change the land status which has led to grazing now becoming legalised and subject to regulation. National legislation, however, was not specifying stocking rates: with SABUKO’s efforts, in two leasing agreements, rotational grazing became mandatory, which established the first precedent.

At the same time, the National Agency for Sustainable Land Management and Land-use Monitoring was established under the Ministry of Environmental Protection and Agriculture. SABUKO entered into active communication with the newly established agency, highlighting legislative gaps and the current situation in the Chachuna Managed Reserve – which was established in order to protect forests on the banks of the Iori river. As a result of these activities, SABUKO’s profile has increased significantly, and they are now recognised as vital stakeholders, collaborating in a working group focussed on developing new legislation on land resource use. 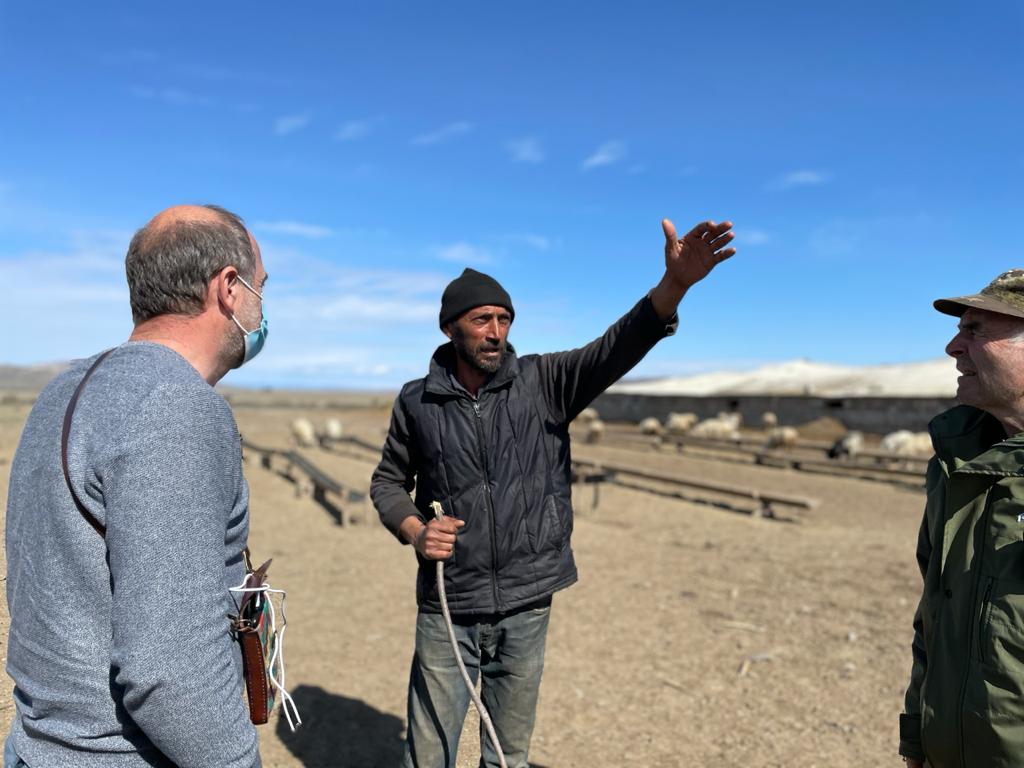 The project team in Georgia are partnering with local sheep farmers in order to help them restore grazing land and protect the gallery forest in the Iori River Valley. Photo: SABUKO

Simultaneously, they regularly attended meetings with farmers in Dedoplistskaro Municipality, establishing direct contact with both local authorities and farmers. Their efforts were noticed by the Georgian Parliament’s Committee on Agrarian Issues, which resulted in them being invited to another working group in March 2021 aimed at solving the problem of pasture being degraded due to overgrazing. When any relevant ordinance, bill or strategy is published, SABUKO’s analysis is included.

When issues around hunting grounds became evident in 2021, SABUKO approached the Ministry and engaged with all relevant agencies, informing all stakeholders via meetings with the Minister, sharing their vision on the future of Chachuna and underlining the importance of the area. The suggestion of developing ecotourism was raised; this attracted funding from the GEF Small Grants Programme to develop and establish ecotourism services in Chachuna: bungalows, campsite, a vulture restaurant and bird watching point.

To secure the area and prevent the establishment of the hunting grounds in future, at the end of 2021 a clause was added to the Chachuna Managed Reserve Management Plan making hunting unacceptable. There are vague records in past Georgian legislation regarding establishing a hunting farm in a protected area: currently, the national legislation allows the establishment of hunting grounds in managed reserves and Emerald Network sites unless the existing management plan conflicts with the law. 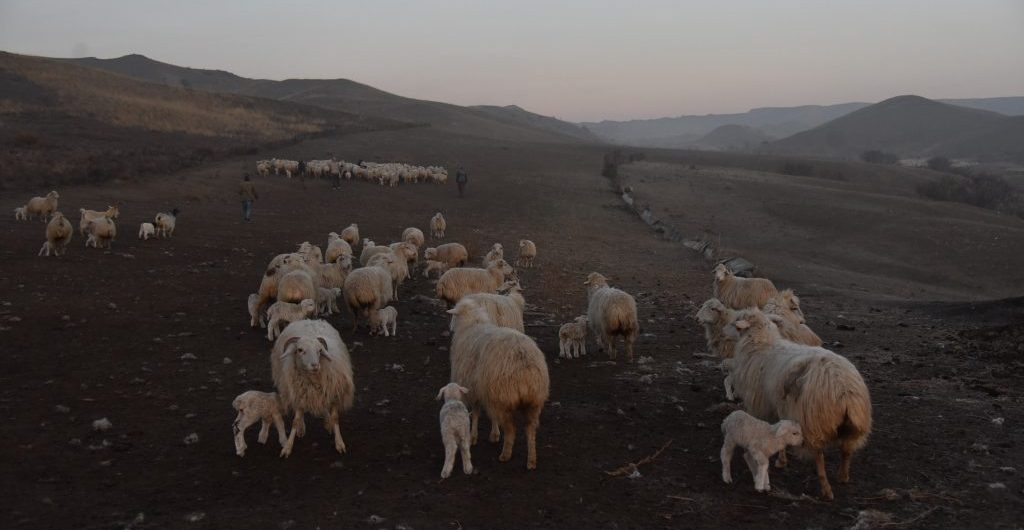 Overgrazing is a major contributor to soil erosion in the Iori river valley. Photo: SABUKO

In the implementation of stock rates for livestock, the Ministry of Environmental Protection and Agriculture of Georgia has already considered SABUKO’s suggestion to incorporate stock rates in the legal framework. The framework has been developed, and the new guidelines establish that stocking rates must be agreed prior to leasing. In the case of Chachuna MR, a pasture management plan has already been established, which takes stocking rates and a rotational grazing method into consideration.

Since 2019, SABUKO has lobbied for the establishment of pasture management regulations which has now led to an evaluation of the legislative framework and effective communication with policymakers and civil society organisations. They have now been invited to participate in a working group of the Committee on Agrarian Affairs to develop laws to enable effective monitoring and management of state-owned agricultural land resources. As a result, the parliament has recently issued a new ordinance On approval of the state program on access to state-owned pastures, which reflects recommendations by SABUKO. The programme aims to improve the rational use and access to the state owned-pastures; prevent pasture degradation; promote livestock development and production of local products in Georgia and improve the socio-economic state for farmers employed in the livestock sector.

It also addresses sub-leasing issues. According to legislation, leasing the right to a third party and/or leasing pasture is allowed only in agreement with the National Agency of State Property and the National Agency for Sustainable Land Management and Land Use Monitoring. Within the programme, stocking rates for leased pastures have been determined:

At this stage, the inclusion of a rotational grazing scheme is decided in the contracts under the programme aim of improving the rational use and access to the state-owned pastures. 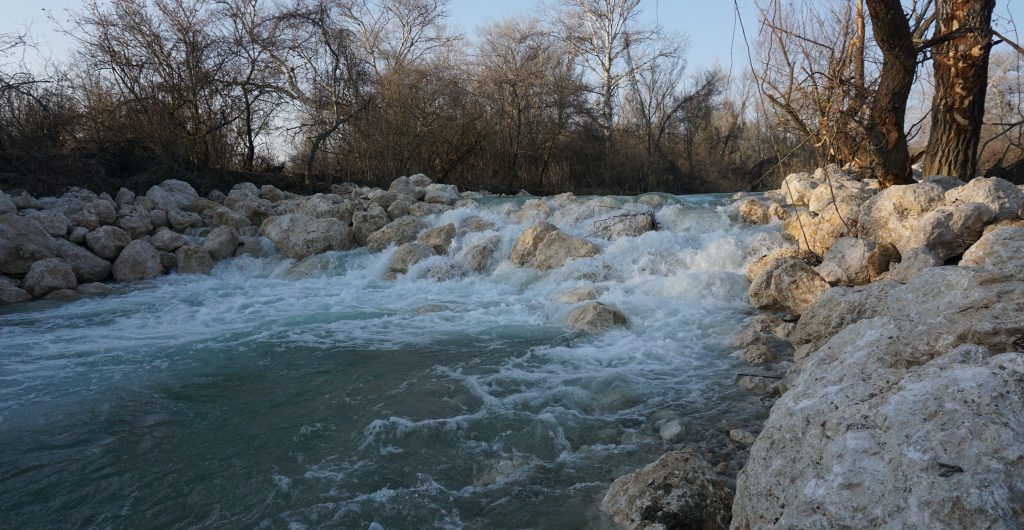 Going with the flow

However, the amount released under current conditions was still not sufficient as the riverbed had deepened, so based on the results of the study, it was decided to rearrange the placement of a gabion to reduce water velocity, raise the level, and help flood the floodplain forest. In order to do this, SABUKO developed the appropriate assessment that was presented to the Ministry of Environmental Protection and Agriculture of Georgia. In line with their research, they identified the potential effects of the released water on the floodplain forest and surrounding areas, and based on the assessment, the ministry issued permission for the rearrangement of gabion which took place late last year, with a release from the reservoir scheduled for this spring.

This article was written by Caroline Fitton with information kindly supplied by Aleksandre Mikeladze.